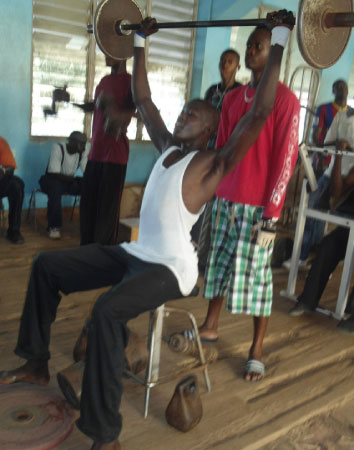 In a brief interview with Pointsport at the Independence Stadium fitness centre on Tuesday evening, Freeman gave a detailed explanation on the importance of gym.

He said the significance of gym cannot be overemphasised given the fact that it can reduce hypertension, diabetes and other related diseases through fitness.

A good number of sporting associations in The Gambia have benefited from international competitions but the gym is an exception and Freeman has offered an explanation to this.

Gymnastic also play a great role in bringing the youths together to foster relationship among them, said Freeman, who has spent 19 years in charge of the Independence Stadium gym.

The Independence Stadium gym, which has accumulated a good number of trainees ranging from the male to the female categories, was established in 1985 but the aerobic gym was introduced in the stadium in 1992 under Freeman’s protection, Pointsport has gathered.

The Independence Stadium gym forms part of the facilities of the country’s main stadium constructed by a main land Chinese construction company to the tune of thirty million dalasis, (D30, 000,000), this reporter was reliably informed.

It was opened on 18th February 1984 under the leadership of the former president of the Republic of the Gambia, Sir Dawda Kairaba Jawara.