In support of Big Brother

In Africa, Nigeria is the one nation which we look up to for leadership, and support in times of need.

Governments in The Gambia, past and present, for example, have depended on Nigeria for support in many areas, and such support is still being given generously, in the true spirit of African solidarity.

In fact, in sub Saharan or black Africa, we regard Nigeria as the Big Brother.

Nigeria is Africa’s most populous nation, with more than 140 million people - there was a time when one in four Africans is a Nigerian – and it has got the resources (human and material) to make black Africans proud, and hold their head high anywhere in the world.

It is our belief that this great black nation must rise up, accept its destiny, and play the role in the world stage that is expected of Nigeria by Africans everywhere, including people of African descent in the Diaspora.

Nigeria, it would be recalled, supported the African liberation movements which fought white minority rule in southern Africa, in Zimbabwe and South Africa (Namibia) and stood up for the independence of Angola, Mozambique and Guinea Bissau - Cape Verde.

In recent times, Nigeria actively participated in ending the conflicts in and bringing peace to Liberia, Sierra Leone and Mali, and is in the forefront in the search for peace and stability in places such as Guinea Bissau.

The Nigerian leader, Goodluck Jonathan, called for closer ties among African leaders, with a view to confronting and defeating terrorism – see our lead story.

The appeal was made Thursday in Abuja, Nigeria, in his keynote address to the centenary conference on peace and security in Africa.

“We must not allow our countries to become safe havens for terrorists. We must cooperate maximally in better managing our political boundaries.

“We should adopt protocols that allow countries to pursue terrorists well into their safe havens in other nations.

“While we cannot redefine our borders, we must re-define our collective approach to ending trans-boundary terrorism and insurgencies”, Jonathan said.

Jonathan’s propositions are quite plausible, if only there is the political will in Africa to act.

Indeed, it is our conviction that, today, when Nigeria is bleeding, and crying for help, the international community, especially Nigeria’s neighbours in Africa, must take notice and respond positively.

“You can’t convince a believer of anything; for their belief is not based on evidence, it’s based on a deep-seated need to believe.”
Carl Sagan 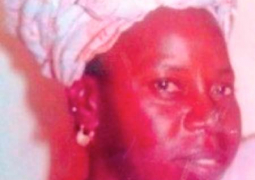 SHE SHE SHE:UDP Ebo Town chairwoman calls on Barrow to consider women in development agenda

Validated Strategic Plan out to serve as Quran, Bible for youth – PS Nyang