Police Inspector Sara Njie of Brikama Town recently testified as the prosecution's second witness in the criminal trial of negligence, causing death against one Ousman Barry, at the Brikama Magistrates' Court.

In his testimony before magistrate Effim, Inspector Sara Njie informed the court that he is a police officer attached to Brikama Traffic Unit, and that he recognised the accused, Ousman Barry.

According to Inspector Njie, on 26th August 2009, he obtained voluntary and cautionary statements from the accused, Ousman Barry, in connection with a fatal accident. He narrated that the accused gave his statements voluntarily in the presence of an independent witness, which was read to him and later signed by him. He also, countersigned it as the officer who had cautioned him.

The police prosecutor, Inspector Fadera applied to tender the said voluntary and cautionary statements in court as exhibits, which were admitted without any objection from the accused person.

Inspector Njie also told the court that he requested a postmortem, which was also tendered in court as an exhibit.

Also testifying, the third prosecution witness, Modou Bojang, a resident of Brikama told the court that the victim is his nephew.

According to him, on 3rd March 2009, the deceased Adama Jarju brought a dinner for him and on his way home he had an accident with a motor cycle, while he was riding a bicycle.

He narrated that the following day he went to the house of the deceased, but could not find him there and when he enquired from some of his friends, he was told that they did not see him.

He testified that he decided to rush to the police station to see whether the deceased might have a problem, because none of his friends knows his whereabouts.

Mr. Bojang further adduced that upon his arrival at the police station, he saw the bicycle of the deceased. And when he asked the police officer about the whereabouts of the deceased, he was told that he had an accident with a motor cycle and was referred to the RVTH.

He said he then went to the RVTH, where he found the victm at a very critical condition, and after three days, the deceased passed away.

The case was then adjourned to 20th May 2010 for defence. 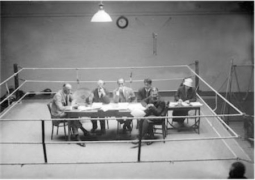 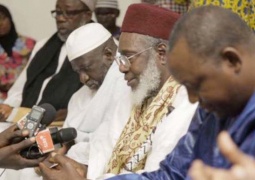