In Search of a Good Samaritan

Last week, one Mr. Mbaye Cham walked into our offices and urged us to report that he was having difficulty taking care of his triplets.

He told us that his wife had just been delivered of three children at a go at the Royal Victoria Teaching Hospital (RVTH), and the details of that interview were carried on page 7 of The Point's Thursday, July 2009 issue.

With dwindling income from his welding trade, it is unlikely that he would be able to fend for the triplets, in addition to maintaining his other children.

The birth of a child is a thing of joy, because it ushers in a new dawn full of hope, expectations and thrill. It is widely expected that a newborn would live a better, fuller and more fulfilled life than the parents have. That is the wish, the expectation of every parent.

But it does not always turn out that way. Sometimes children exceed their parents' accomplishments, sometimes they do not. A school of thought attributes it to the hereditary-environment equation; or what some simplify as the nature-nurture dynamics.

Fatalism, pre-destination and existentialism, on the other hand, are all different ways of seeking to gain a better understanding of the complexity of life.

Without overdoing the philosophical dimension of life, we hold that much of life is about the choices we make and learning to live with the consequences of our choices. This logic can be taken further by saying that if we want our children to be far more successful in life than we have, then we are duty-bound to invest a lot in their well being. We have to invest in their health, their education and their morality.

That brings us to the Cham triplets. Apparently, Mr. Mbaye Cham cannot nurture his triplets on his present income alone. He is a struggling welder who inadvertently was blessed with triplets.

This explains why Mr. Cham has cried out for help. But what sort of help does he really want? He does not say. Perhaps he is counting on handouts: a bag of rice here or some thousands of Dalasis there to keep the wolf from the door.

Though handouts are good, they remain what they are - palliatives; they reduce the pain without eradicating its cause. What the Cham family needs is assistance that would put it on a firm footing to guarantee a better future for its children.

Mr. Cham's welding workshop should be strengthened so that through it he could generate enough money to sustain his family on his own terms. The organizations, philanthropists or individuals who will be rallying behind Mr. Cham in the days, weeks or months ahead should bear this fact in mind.

They should also consider the possibility of getting his wife fully employed in one trade or another with a view to providing supplementary income for the Cham household.

We affirm that putting the Cham family on the path of self-reliance is like taking an insurance cover for the proverbial rainy day - which is most likely to come again given the vicissitudes of life.


"Men never do anything good except out of  necessity." 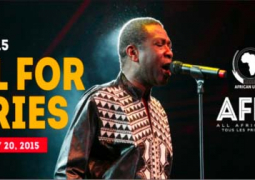 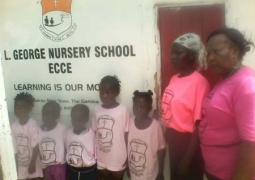