The South boys, Farato Academy FC will lock horns with Flamemins in the final game of the ongoing Gambia Football Association (GFA) Third Division Triangular Tourney on Sunday 17th January 2010, at the Independence Stadium in Bakau.

Farato Academy FC lost to Banjul United FC 3-1 in the opening game of the tournament. They needed to beat Flamemins to stand a better chance to advance to the GFA Second Division league first time in the history of the Academy.

Flamemins, a household name in Gambia Football Association (GFA) divisional league will do all efforts to make sure they beat Farato Academy FC and advance to the divisional football after several years of absence.

As of press time, Banjul United FC is locking horns with Flamemins at the Box Bar Mini-stadium in Brikama, a win or a draw for Banjul United FC will see them through to GFA Second Division. 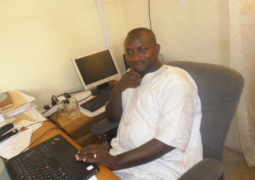