Lawyer Riley, representing one Abdoulie Jarra who was charged with stealing by servant or clerk on Monday 28th June 2010 addressed the court.

Mr. Jarra is alleged of stealing 7000 bags of cement, being the property of his former employer, Gam Petroleum.

Addressing the court, defence counsel Riley told the court that the section under which his client was charged, "was not an offence creating section for the charge."

He submitted that the accused in his evidence told the court that between 2007 and 2008, he was working as a supplier of cement at Gam Petroleum Company.

According to defence counsel Riley, the evidence of the prosecution witnesses was that they have seen the accused person handing over money to his boss.

Moreover, he told the court that the accused had testified in court that he heard that his boss has absconded, and that he (accused) was the assistant to his boss.

He said the accused also told the court that his duty was to supply cement and hand over the money to his boss.

Lawyer Riley further submitted that "the loss and ownership that are vital to this case, has not been established and that the prosecution has failed to prove their case beyond reasonable doubt."

He finally submitted that the accused should be acquitted and discharged.

Inspector Touray, who was holding brief for Inspector Mballow applied for an adjournment for the prosecutor handling the case to reply to the defence’s submission.

The case was subsequently adjourned to 6th June 2010. 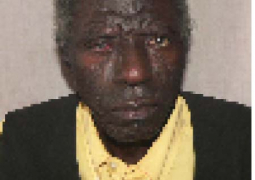