The law has finally caught up with a 32-year-old man posing himself as an NIA officer.

Michael Savage was on Wednesday sentenced to two 3-year jail terms by the Bundung Magistrates' Court. Both sentences are to run concurrently.

Savage was on trial since last year, charged with two counts of impersonation.

According to count one, between January and May 2009, at various places and times, the accused Micheal Savage represented himself to one Ali Hamud as a public officer employed in the service of the National Intelligence Agency (NIA).

Count two stated that under false representation, he collected court documents and an amount of D1, 600 from the said Ali Hamud, and took inventory of his shop. Savage also informed him that his colleague, Nasir Badir, was under arrest by the NIA, which was found not to be true.

He was sentenced to three years on each count without the option of a fine.

In trying to prove its case beyond all reasonable doubt, before the court presided over by Magistrate Kayode, the prosecution had called four witnesses, whereas the defence called only one witness.

Based on evidence adduced including the testimonies of the witnesses, Magistrate Kayode sentenced Savage to a total of three years' imprisonment.

In pronouncing judgment, Magistrate Kayode said he had thoughtfully considered the nature of the offence for which the accused was charged. "The intelligence agency of any given country is a sensitive establishment, which acts as the guardian of the security of the nation,"  he added.

"The conduct of the accused person has great implications for the security of the entire country. The facts of the case revealed that the accused was using the name of the NIA to trade in information and make a living. The court must not allow such a person to continue doing this malpractice of being deceitful to society," he declared.

Woman convicted for concealment of birth 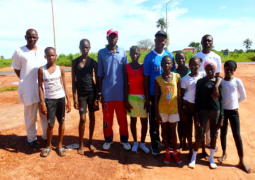