A man accused of impersonating the name of a person was recently arraigned at the Brikama Magistrates’ Court.

David Balajo admitted to the charge and was subsequently remanded till 19 March 2012, for facts and sentencing.

The charge sheet revealed that the accused, David Balajo, on 12 March 2012, at the Banjul International Airport, presented a UK and Netherland passport number 104821766 bearing the name of one Kenneh Oeku Roberth, with intent to travel to Amsterdam.

In a separate development, one Alagie Touray was also remanded at Mile 2 Central Prison for stealing a he-goat.

The particulars of the offence read that Alagie Touray on 25 February 2012, at Labakoreh Village stole a he-goat valued at D1,500, being the property of one Fanta Yaffa.

He admitted to the charge and was remanded until 19 March 2012, for facts and sentencing. 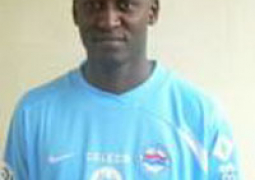