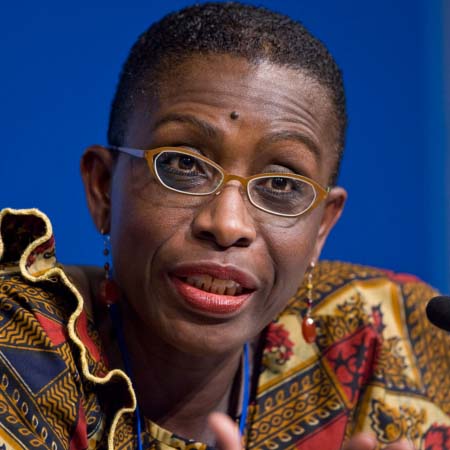 The International Monetary Fund (IMF) has said heavily indebted sub-Saharan African countries like The Gambia need to carefully balance between continuously taking and servicing loans, and addressing the development needs of the citizenry.

In its October 2015 Regional Economic Outlook for sub-Saharan Africa, released yesterday, the IMF said non-oil exporting countries of the sub-region need to adjust fiscal policies “to strike an appropriate balance between debt sustainability considerations, on the one hand, and addressing development needs, on the other”.

In the report titled ‘Dealing with the Gathering Clouds’, IMF said the policy adjustment is important in addressing the not-so-well economic situation of sub-Sahara.

In the report, the Washington-based global institution pointed out that the sub-region has weakened markedly although growth is expected at 3.75 per cent in 2015 and 4.25 per cent in 2016.

It said the poor economic situation of sub-Saharan countries is the combination of the sharp fall of commodity prices and more difficult financing conditions.

“This overall difficult picture masks considerable variation across the region,” Antoinette Sayeh, director of the IMF African Department, said in a press release on Tuesday announcing the launch of the report.

“In most low-income countries, growth is holding up, supported by ongoing infrastructure investment and solid private consumption.  But even within this group, some countries are feeling the pinch from lower prices for their main commodity exports, even as lower oil prices ease their energy import bill,” she added.

Ms Sayeh also pointed out that a number of countries in the region are facing these circumstances with more limited external and fiscal buffers than they did at the time of the global financial crisis.

The director of the IMF African Department said policies need to adjust to this new environment.

Ms Sayeh said wherever the terms-of-trade declines have been significant and the exchange rate is not pegged, it is important to allow exchange rate depreciation to absorb the shock.

“Even in those countries that are not heavily reliant on commodity exports and have seen their currency come under pressure, resisting them risks losing scarce reserves,” she explained.

Accordingly, interventions should be limited to responding to disorderly movements of the exchange rate.

“Monetary policy should only respond to second-round effects, if any, of exchange rate pass-through and other upward shocks to inflation, and risks to the financial sector from commodity price declines and exchange rate depreciation will need to be carefully monitored,” Ms Sayeh said.

In situations like that of sub-Saharan Africa, efforts to diversify growth away from extractive industries should be given renewed importance.

The senior IMF official said policy actions need to be geared toward boosting competitiveness, via progress on the business environment, infrastructure, and education. This is vital to nurture new sources of growth and create sufficient jobs for the region’s growing population of young people.

“It will also be essential to build on recent progress and continue to strengthen domestic revenue mobilisation as much-needed additional resources to finance investments in the region’s future,” Ms Sayeh said.

She further added that reducing inequalities, through carefully designed fiscal and financial sector policies and the removal of gender-based legal restrictions, could deliver significant growth dividends for sub-Saharan Africa.