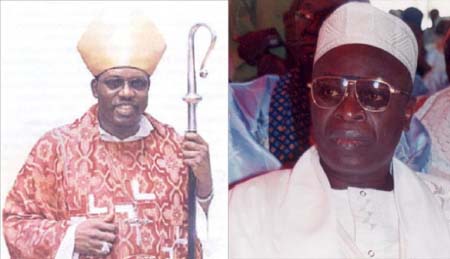 “Peace has given way to the home of peace, may it find peace in eternity.”

“Good man of peace, talk and preach about peace to the whole community”

The Islamic religion preaches that all human beings are from one origin: ‘Adam and Eve’ are where we all come from. That strong bond joins us together. It is stated in the Quran in Sura Nisai V.1 O mankind fear your guardian Lord, who created you from a single person, created out of it. This mate, and from them twain scattered (like seeds) countless men and women – Fear Allah through whom you demand your mutual (rights). And he heedful of the wombs (that bore you): for Allah ever watches over you.

Islam says we share the one and only God who created us all. Stated in Sura Baqara V.163: “And your God is one God, there is no God but the most gracious, most merciful.”

The Almighty God said, “After living on this earth, the final destination is death.”Verse 78 of Sura Nisai said, “Wherever ye are, death will find you out, even if ye are in towers.”Allah also stated in Sura Sura Ankabut V.57: “Every soul shall have a taste of death. In the end to us shall ye be brought back.”

Islam states that after death, we will rise in front of the Almighty as stated in Sura Hajj V. “And verily, the hour will come. There can be no doubt about, or about the fact that Allah will raise up all who are in the graves.”

According to Islam, race or colour does not separate us from one another; the best among us is the one who is pious, straightforward and hardworking. Sura Hujurat V.13 states: “O mankind, we created you from a single (pair) of a male and a female, and made you into nations and tribes that ye may know each other (not that ye may despise) (each other) the most righteous of you. And Allah has full knowledge and is well acquainted (with all things).

The Prophet Mohamed (SAWS) said: “The white man is not better than the black man; the best among you is the one who fears the Almighty and does good.”

The flag of Islam is peace. It is calling everyone to go for peace. According to Islam, being in a different religion does not separate us. We have to respect each other’s religion and beliefs as stated in Sura Yumes v.99: “If it had been thy Lord’s will, they would all have believed all who are on earth with thou then compel mankind against their will to believe.”

Omar Ibnu Hatab visited a church in Jerusalem, at the time of prayers they allowed him to pray there, but he refused and said: “Let me go outside the church and pray, because I do not want the Muslims to bring any conflict between you, forcing themselves to pray inside because I did.”By that time, Oumar was Khalifa after Abu Bakar’s death.

The late Bishop Johnson was my friend. He used to invite me to their programs and I used to do the same. Even during our Mawlud Nabi (GAMO), Dr Johnson used to come and spend the evening with us. When he was enthroned as the First Archbishop of the Internal Province of West Africa and the Ninth Primate and Metropolitan of the Church of the Province of West Africa (CPWA) on Sunday 18th November 2012, I was invited to attend, at the Cathedral Church of Saint Mary in Banjul. He was delighted when he saw me inside the church.

My kids attended their school, the Reverend J.C. Faye Memorial. My son Sheriff Amran Gaye, after passing the Common Entrance was offered scholarship by him for two years at the high school. I am grateful for that.

My whole family is sending our condolences to his wife Mrs Priscilla Johnson, his children, family, the church and the entire Gambian community. May his soul rest in perfect peace!

In the name of the Khalifa General of Tivaoune and the Ahlou Tivaoune Federation of The Gambia, they are sending their condolences and praying that Dr Johnson be received in Eternity.