The National Youth Council, in collaboration with the Ministry of Youth and Sports in its drive to discourage illegal migration on Tuesday 16 September, 2009, officially launched a nationwide campaign against illegal migration, at a ceremony held at the Friendship Hotel in Bakau.
Speaking at the ceremony, the Minister of Interior, Ousman Sonko, said the rate of illegal migration among young Africans and young Gambians, in particular, is unprecedented and quite alarming.
Minister Sonko urged that the sensitisation campaign must be done effectively, especially among parents who are custodians of young people and who perhaps encourage young people to embark on this perilous journey. He disclosed that more than 250 youths were recently deported to their countries of origin from detention camps, including a group of 150 people crammed in a small boat.
According to Minister Sonko, young people are the most productive stratum in the demographic structure of The Gambia and the cornerstone of development. He further urged young people who consist of 63% of the population, to start discouraging potential illegal youth migrants at all levels.
"Young people must make informed decisions and engage in skills acquisition in order to be masters of their own destiny," he stated.
Other speakers included Mr. Marcel Mendy, the Executive Secretary of the National Youth Council who highlighted on the background information of the project. 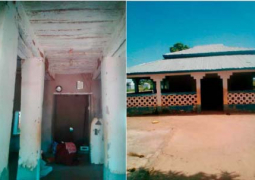 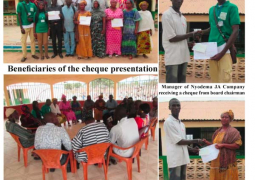