The Assistant Coach of The Gambia National U-17 team, Lamin Sambou, has expressed his disappointment with the poor performance of his team following their 2-0 defeat in the hands of Nigeria U-17 team in Monday's second friendly game at Brikama Mini Stadium.

Speaking in an exclusive interview with reporters shortly after the game, Sambou revealed that the boys had failed to play as a team, adding that strikers also missed lots of scoring opportunities during the game.

"The team was totally contained by the Nigerian U17 team in the 90th minute of the game and as a result, they scored two brilliant goals.The Nigerian U-17 side is a very good team that can contain any side in the forthcoming FIFA U-17 World Cup," he pointed out.

Coach Sambou also remained optimistic that The Gambia National U-17 team will certainly live up to expectations in the 2009 FIFA U-17 World Cup, which is expected to kick-start from October 24th to November 2009 in the Federal Republic of Nigeria, despite their 2-0 in the hands of Nigeria U-17 team in their second friendly game on Monday and Saturday's 1-1, at the Independence Stadium in Bakau.

According to Assistant Coach Sambou, they will go back to the drawing board to improve on some of their weaknesses before the tournament. 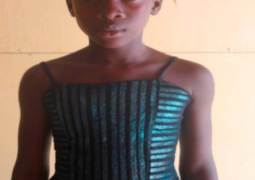 SHE SHE SHE: D-Day for Child Marriage: She is a child, not a bride