The 7th regional forum for IFAD-funded projects for West and Central Africa on Monday 12th November 2012 officially opened in Banjul at the Kairaba Beach Hotel.

The forum will run from 12th through 15th November, and is being attended by about 300 participants from governments, civil society organizations, farmer organizations and IFAD officials from the West and Central Africa.

Speaking at the opening ceremony, Solomon Owens, the minister of Agriculture, said the theme chosen for this year’s forum: “Results-based management for sustainable rural poverty reduction,”is not only timely, but also relevant and absolutely important to the country and our development partners, especially IFAD in view of the attainment of the MDGs targets.

According to him, the forum will provide the opportunities to share and learn best practices and innovations from the projects from different countries, as well as from non-government participants.

Minister Owens added that sound and effective policies and decisions cannot be made without validated results, data or information, but this also means that an effective, efficient and robust results and evidence-based system must be put in place at all levels.

“To this end, the government of The Gambia has increasingly given priority to this issue by ensuring that results-based matrices/frameworks are fully reflected in key national policies or strategies,” he said.

The Agriculture minister noted that the Gambia government was fully cognizant of the fruitful partnership and assistance provided by IFAD to the rural farmers of the country, since 1982.

“A total financing of nine IFAD supported projects and programmes amounting to 53.7 million US dollars has directly benefited over 126, 000 rural households,” he announced.

He added that these three on-going projects are all focusing on increasing agricultural production and productivity, while increasing incomes of rural women and youth through appropriate land and water management technologies, improved vegetable and livestock schemes and enhanced access to much-needed financial support respectively.

He spoke of the human development index improving in the entire region, of substantial opportunities for agricultural productivity gains, the increasing role of producers’ organizations and scope for enhanced regional institutions, among others.

According to him, economic activities in West and Central African countries is partly driven by agriculture, whose share averages about 30% while it employs 60% of the economically-active population.

He said IFAD supports production and productivity-based agriculture-led poverty reduction, and the lending West and Central Africa programme is increasingly focused on supporting agricultural productivity growth, and continues to support the development of strong rural institutions.

“Currently, WCA current portfolio comprises 58 projects in 23 countries totaling US$990.5 million of IFAD financing with 76% of the portfolio (44 projects or US$796.9 million) concentrated in West and Central Africa.”

Abdou Touray, who addressed the gathering on behalf of the UN Resident Representative, revealed that about a fifth of mankind (1.4 billion) still live in abject poverty, despite the numerous national and global efforts during the past years on the first target of the MDGs, which aimed to decrease extreme poverty by one-half by the year 2015.

According to him, as of 2011, the poorest 40% of the world’s population accounted for 5% of global income and the richest 20% account for three-quarters of world income.

He added that the disparities between rural and urban areas are on the rise, particularly in many developing and transitional countries. 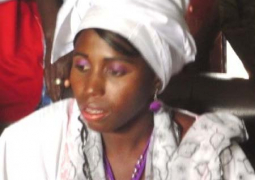