The International Federation of Journalists (IFJ) Thursday issued a desperate appeal for governments across the world to end impunity for violence against journalists and media staff, after posting 108 killings for 2013. Fifteen more lost their lives in accidents while on assignments.

According to the list released Thursday by the IFJ, at least 108 journalists and media staff lost their lives in targeted attacks, bomb attacks and other cross fire incidents around the world.

The 23rd annual IFJ list shows that the deadliest regions for journalists were Asia Pacific, with 29% of the killings and the Middle East and Arab World with 27%. The number of killings is slightly down by 10% on last year’s.

The ongoing turmoil in Syria means it tops the list of the world’s most dangerous countries for media in 2013, while violence and corruption in the Philippinesinsurgents in Pakistan, and terrorism and organised crime in Iraq and India have accounted for high fatalities of journalists in these countries.

The IFJ has stressed that while the numbers of killings are down, levels of violence are still unacceptably high and there is an urgent need for governments to protect and enforce journalists’ basic right to life. It has urged countries such as the Philippines, Pakistan and Iraq to take drastic action to stem the bloodbath in media.

The Federation has welcomed the UN Resolution establishing an International Day to End Impunity for crimes against journalists which was adopted by the UN General Assembly on 18 December.

The Resolution “condemns unequivocally all attacks and violence against journalists and media workers, such as torture, extrajudicial killings, enforced disappearances and arbitrary detention, as well as intimidation and harassment in both conflict and non-conflict situations”.

It further stresses that” impunity for attacks against journalists constitutes the main challenge to the strengthening of the protection of journalists.”

“Following the United Nations’ resolution establishing 2 November as an International Day to End Impunity, we urge countries across the world to take immediate action to protect the safety and freedom of journalists,” said IFJ President Jim Boumelha.

“We give our full support to this new initiative which we believe will contribute to fighting impunity across the globe provided that governments are willing to adopt a zero tolerance approach to violence targeting journalists.”

The IFJ figures also show that violence against women journalists is on the increase. Six women journalists lost their lives this year, while many others were the victims of sexual abuse, intimidation and discrimination.

According to the IFJ statistics, many journalists were deliberately targeted because of their work and with the clear intention to silence them, a finding that conveys the critical need for countries to improve the protection and safety of journalists and punish the perpetrators of violence against media.

In response to this need, in October this year the IFJ launched its campaign to End Impunity for violence against journalists. This ongoing campaign, which kicked off with a focus on Pakistan, Iraq and Russia, calls on the governments of the countries with the highest death tolls of journalists to investigate these killings and bring their perpetrators to justice.

“It is clear that there is no sign of the horrific treatment of journalists abating,” said IFJ General Secretary Beth Costa.

“The UN Day for 2 November is of huge importance in the fight to protect the rights, safety and freedoms of journalists across the globe, including the many women journalists who deal with discrimination and violence on a daily basis.” 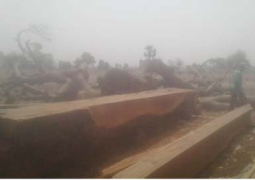