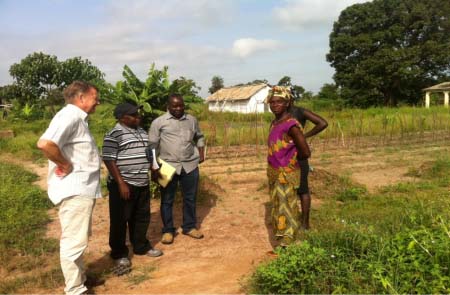 Ides V.D. Does de Willebois, International Fund for Agricultural Development (IFAD) director for West and Central Africa, has said the National Agricultural Land and Water Management Development (Nema) is being implemented with a combination of funding from IFAD and the Government of The Gambia.

According to him, additional funding is expected from the Islamic Development Bank (IDB) and the World Bank.

He added that all the players have timeline for funding project and here the goal is to support agricultural priorities in the country.

The IFAD official made these statements in an interview with this reporter at the weekend.

According to him, the Nema project was designed to cover two cycles of funding and makes it for IFAD to have a larger funding for the project at a tune of US$65 million.

He added that in the past, IFAD planned its projects linking them to the money they have in one cycle but that ended in many small monies in a small country.

“In reality, a design of a large project is the same as implementing a small project and the implementation doubles the cost, which is inefficient,” he said.

For the implementation of IFAD projects in The Gambia, he said that implementing partners’ performance in The Gambia is very much on the right way but was quick to say that the challenges they have seen are all during the design of the Nema project and are building on some of the successes.

According to him, during the project visit with other implementing partners, many of the local communities are calling for more support from the government and his message to them was that they need to sit in groups to strategize as well as think on how to utilize the money that is given to them by IFAD projects to do their activities that they can manage well.

According to him, it’s very important that development comes from the local people, development partners and government provide support and level playing field for them.

His message to the Gambian youth is to stay in the rural areas and do farming so they can produce what we want to eat in the cities.

He said that in many African countries most of the active farmers are women and old people instead of the young people and if that continues we will only be importing food because that set of farmers cannot produce to feed their countries.

According to him, the Earth Observation Technology pilot project in the country was first seen some six years ago in Madagascar and how useful this technology was over the years, they developed a time series and developed images and pictures where you can really follow and monitor the changes in land use.

Earth Observation tools, he went on, is an explanatory tool for policymakers to see what is happening and what is the patterns of the crop as well as for the implementers of projects and programmes, such as Ministry of Agriculture, Ministry of Environment, for the community, because the farmers themselves in the community can see over a period of time what happens to their environment, their farms, etc.

Noting that IFAD Country Programme Manager (CPM), Moses Abukari, decided to have the programme in The Gambia and Earth Observation technologies project is being piloted in a village called Jarumeh Koto in Sami District, Central River Region North.

He added that it is always important to have some project and government staff trained in this kind of technologies.

“I was pleased to see many active participants during the 5-day capacity building workshop delivered by Francesco Holecz (from Sarmap, service provider of the The Gambia pilot project).” 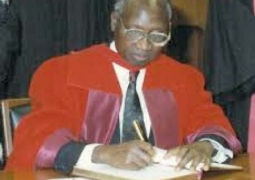 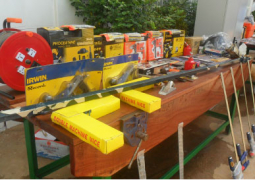 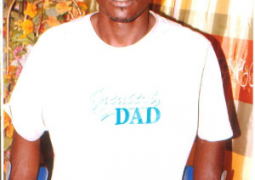