Sanyang, who was speaking to reporters at the Serrekunda West Mini Stadium following his side’s 2-nil win over Banjul in the quarterfinal encounter, added that his team is improving game after game.

His team’s performance is outstanding, he pointed out, saying: “we are going for the trophy this year”.

They have a young team who were not fully prepared at the start of the competition, noting that they are improving as the tournament is progressing.

“In football there is no way you can have a perfect start and a perfect end”, Sanyang whose side draw four of its opening games of the competition remarked, saying, he is not surprise with the current form of his team.

The Bakau gaffer, who was suspended, apologised to the sporting fraternity for his unprofessional behavior, saying he accepted the ban imposed on him.

In football all the job is done at the training ground, he said, adding that his suspension did not affect the team in any way.

His players receive one of the most tactical training in the country, he stated, while thanking Abdoulie Bojang who he described as his mentor.

To be a coach in Bakau is not easy but Bojang is always there for him giving him the needed courage, he went on.

In conclusion he thanked the fans of the zone for their patience with the team.

Alieu Jagne Banjul zonal team coach, said Bakau capitalized on his side’s mistakes and punished them, while adding that they prepared for Bakau the same way they did against other teams because all teams are equal to them.

He was disappointed with his team’s display during the first period, he said, but was quick to add that they played very well during the second period despite missing some clear goal scoring chances.

They conceded ‘two poor goals’ as a result of lack of concentration, he observed, saying, it is disappointing crashing out of the competition at the same stage they did last year.

“The Super Nawetan compared to last year is not bad this year,”he said, noting that the turnout for the Super Nawetan is always very good and people enjoy it but it is not for him to say it should be turned into the first division league.

“Bakau now have confidence on Banjul unlike before when we use to beat them,” he highlighted, saying Bakau finding a ground to beat them means football is growing. 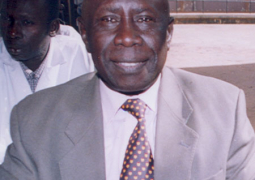