The Independent Electoral Commission (IEC) has announced that it will start issuing forms for Julafar ward in the Mansakonko Area Council by-election from Monday 26 October to Thursday 12 November 2015.

The IEC made this disclosure in a press release sent to this paper yesterday.

The release stated: “The Independent Electoral Commission will conduct a by-election to fill the vacant seat of Councillor for Julafar Ward in the Mansakonko Area Council on Thursday 26 November 2015.”

Nomination of candidates, it stated, will be held on Thursday 12 November 2015.

“As a result nomination forms will be issued out to prospective candidates from Monday 26th October to Thursday 12th November 2015,” the release further stated.

It added that “forms are free of charge” and can be collected from Election House at Bertil Harding Highway or Independent Electoral Commission, Brikama Regional Office.

“All prospective candidates are urged to pick up their forms at the said places,” the release stated. 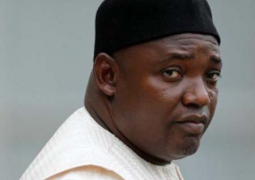