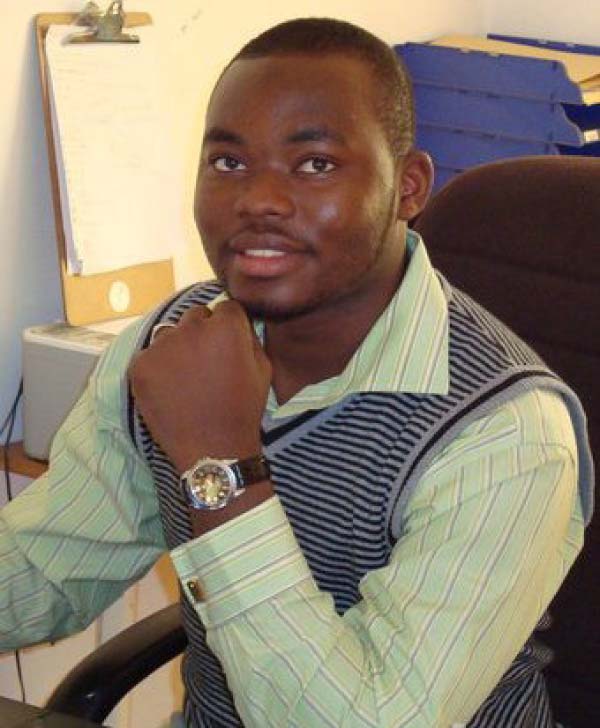 The Executive Director of Children and Community Development Initiative for Development (CAID) and Film Director has been named as Gambian Personality of the Year 2013.

Ibrahim Ceesay, who is also a social justice activist, was named by the Gambia News and Report weekly magazine because of what the management of the magazine said was his highly acclaimed film “The Hand of Fate” which was voted as “Best Indigenous Film” at the Nollywood and African Film Critics’ Awards (African Oscars) held in Washington D.C. on 14 September, 2013, and which was also screened in Ethiopia as part of the African Union’s 50th Anniversary celebration.

In a congratulatory letter conveying the message to the young film producer and Director, Swaebou Conateh of the Dippakunda-based Gambia Communication and Baroueli Enterprises, the publishers of the weekly “News and Report” magazine stated that their criteria for selecting “Person of the Year” (previously ‘Man of the Year’) is based on the following considerations: -

1). The person selected must be someone who, through his/her work, profession or personal endeavour, is judged to have contributed the most to the public welfare and to advancing the country’s development in the interest of all Gambians.

2). He or she must have contributed significantly in enhancing in a direct and tangible form, the social and economic status of Gambians as a whole.

3). He or she would have put in place for posterity facilities and or infrastructures and other achievements that can serve as a lasting memorial of his/her contributions to national development.

The letter stated that Ceesay’s selection by the Management of the paper was because they are satisfied that he has met the criteria for the award in view of his highly acclaimed film “The Hand of Fate” which was voted as “Best Indigenous Film” at the Nollywood and African Film Critics’ Awards (African Oscars) held in Washington D.C. on 14 September, 2013, and which was also screened in Ethiopia as part of the African Union’s 50th Anniversary celebration.

In addition, it was screened in Paris, France as part of ‘UNESCO Africa Week’ with subsequent screenings in Sweden, Denmark and Norway, the Management noted.

“Produced and directed by Ceesay, ‘The Hand of Fate’, said to be the first Gambian film to make international screening, explores the theme of early marriage and its negative effects on the development of young girls.

Film Director Ceesay’s selection by the Management, the letter went on: “is also justified by the exemplary strides you continue to make in the development of the Gambia by the establishment of Child and Community Initiative Development (CAID) - which strives towards child and community development; continues to render to the young people, as the future leaders of our country, leadership training programmes.

“Also because of other recognition you have received, such as UNESCO Youth and Peace Ambassador; your appointment as the Executive Coordinator of the African Youth Initiative on Climate Change (AYICC), the biggest youth climate movement in Africa (with 42 country chapters) and as Chairperson of the African Youth Panel Advisory body to the Danish Africa Commission.”

Furthermore prior to this current position, Ceesay served as Administrator/Secretary General of the National Federation for UNESCO Clubs and Centres, worked with the Gambia National Commission for UNESCO, and currently as the Executive Director of the Children and Community Initiative for Development, a public interest organization striving towards child and community development in the most sustainable way.

He also founded the Mandingmorry Academy of Music in 2013, as the 1st Music Training Centre in the country and they are currently training 18 aspiring musicians.The Center, as the magazine’s management gathered, is well equipped with both modern and traditional instruments.

They further noted that the youth and peace Ambassador has also facilitated and been involved in several youth led processes at the African Union, UN and other International Organizations, as a youth expert; and also cited his nomination, by Youth Hub Africa (an online platform for youth engagement in Africa), as one of the 12 most influential youth leaders in Africa.

“In view of the fact that:

As an innovative and inspiring young person, your case also illustrates possibilities for individual citizens, particularly the youth folk, who care enough about the future and well being of the country’s children, and also the development of indigenous films and music.

2. By such example, you have earned for yourself a name and an indelible place in not only our country’s film industry as an award winning Film Director and Producer, but also as a strong promoter of the welfare of the Gambian children and communities.

3. Since we also believe that your award can serve as a source of encouragement for you to do more for the industry, and also for others to emulate your fine examples, we take this opportunity to salute you for what you have been able to achieve in the annals of our country’s history, at your age.

“We know your sacrifice, steadfastness and highly commendable contribution to the advancement of indigenous film, and your leadership qualities, are bound to remain a source of inspiration and exemplary conduct to Gambians for now and generations unborn.”

Thus, the letter added that the management of “The Gambia News and Report” weekly magazine is satisfied that Executive Director Ceesay has met the requirements to be designated the magazine’s “Person of the Year 2013”, and congratulated him “most heartily” on his selection and designation, as well as his well-merited recognition.