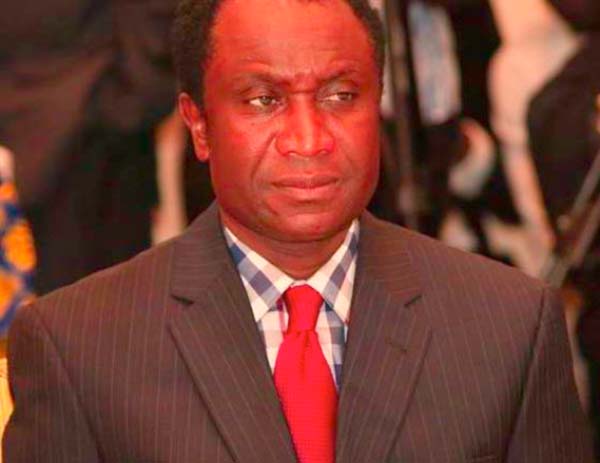 Henry Gomez, Minister of Youth and Sports, has said he has no intention to dissolve or suspend the Gambia Football Federation (GFF).

Minister Gomez made this remark yesterday in an interview with The Point at his office, following reports in local newspapers on whether he plans to dissolve the GFF.

The minister, a onetime footballer, said he has no intention to dissolve GFF because he knows there are many countries that have tried to dissolve their FAs and had problems with FIFA, which led to their suspension.

He added that dissolving GFF would look like he was not fair with the youth.

He expressed his readiness to work hand in glove with everybody but was quick to add that his challenge also would be ensuring transparency within GFF, especially with the FIFA Goal Project in Yundum, which everybody in the country is talking about.

He pointed out that the GFF claimed to have rehabilitated the FIFA Goal Project to the tune of D7 million but “today it has only a toilet, a fence, and some windows and roofs”.

“The GFF claims that they had invested US$500,000, which is D20 million and also claimed that furniture cost was US$325,000,” he noted, saying all he was saying was the truth, as he also took some photos of the site.

The Youth and Sports Minister called for the FIFA Goal Project to be investigated but also for the GFF to tell Gambian youth when they are going to deliver the Goal Project to them.

“All I need is action and results,” he stated, saying he is not out to hunt or witch hunt anyone.

“FIFA does not want politics or interference in football but if there is no government there will be no Gambia Football Federation and as long as government is contributing to football then government have the right to have a say in it,” he highlighted, adding: “Government allocates subvention to GFF.”

He called for transparency within the GFF.

“If GFF wants to be a private body then let them stop government contributing to them,” he remarked, saying as long as the Gambia government is investing in GFF the government has the right to partake in its affairs.

He added that he had no grudge against whosoever is in GFF and is ready to work with everyone but let the cards be put on the table.

“I have not been quoted talking to any media house about dissolving or suspending Gambia Football Federation,” he clarified, saying the reports about him are all speculations.

“All what I wish is: we all work together,” he further said, adding that in football FIFA calls for fair play.

“I am not here to hunt anyone and I am not a human hunter but I raised up my hand and swore to the nation that I am going to work for this nation and for the youth,” Hon. Gomez said.

He questioned “those making noise”, saying why they should when “they are innocent”, adding that as a minister he would focus on doing his job.