I believe in socialism, says Director of broker insurance

Director of Broker Insurance Company, Mr Mohamed Lamin S. Bah, has told the Kunkujang Keitaya Youth and Sport Development Committee he believes in the values of socialism, which involves caring and sharing with all and one another as well as helping the less privileged, who deserves assistance.

He made this statement while delivering his speech during the Kunkujang Keita Youth and Sport Development Committee football final league held at their football field over the weekend.

The final, which attracted spectators and football lovers, was attended and graced by Dr Kenneth Jackson, co-founder of Blood International Foundation, among other personalities.

The final, which featured Golden FC of Kunkujang Keita against Newcastle FC of Sinchu Alagie, ended 1-nil in favour of Golden FC who emerged as winners of the Mohamed Lamin S. Bah Tournament.

At the end of the game, winners Golden FC went home with a smiling face after being rewarded with D6,000, while runners-up Newcastle received D4,000. Each of the sixteen teams that participated in the tournament was awarded a certificate with the best discipline team receiving a trophy.

In his speech, the main sponsor of the tournament, Mohammed Lamin S. Bah, who was the man behind the success of the football tournament by doing everything possible to ensure it was realised in every respect, with the sole aim of bringing the youth together, said he was impressed with the level of discipline of the youth in his area, which motivated him to contribute his quota to the development of sport in the country.He also cited some of the assistance he has given to other communities in the country.

Mr Bah, principal sponsor of the tournament, further noted that he was very much inspired by the Gambian leader President Jammeh for his call on young people of this country to engage in meaningful development.

“Going by that,” he noted, “I believe that we the young ones who at least have the potential means should help others.”

This is one reason that inspired him to sponsor the tournament at Kunkujang Keitaya, he said, adding that other football fields are also enjoying such philanthropic gestures from him.He commended Dr Kenneth Jackson for his encouragement and support in ensuring some of his dreams become a reality. “I say bravo to Dr Kenneth Jackson,” he cheered up the audience.Mr Bah said he believes in sharing and caring, adding that it is something the Almighty Allah wants, and he would always strive to contribute his quota to the welfare of the youth in the country to complement the efforts of government.

For his part, Dr Kenneth Jackson also expressed similar sentiments and appreciation with the level of discipline of the youth, adding that the players really showcased their talent during the final.

He then encouraged them to continue to maintain discipline in sport, saying today’s football has a lot of benefits. Dr Jackson said his aim is to support the young people of this country to become more productive, adding that The Gambia is blessed with a young leader, who has the country at heart, especially in supporting young people.

He therefore encouraged the youth to be more creative and endeavour to emulate the President. He also went further to say that as far as he is concerned he will continue to complement the President’s effort at taking the country to higher heights.

He also used the occasion to thank Mohamed Lamin S. Bah for this laudable gesture, adding that his work shows that he is a patriotic citizen.

Speakers on the occasion included the Kunkujang Keitaya Youth and Sport Development Committee chairman, who praised the main sponsor of the tournament as well as commended him for making them proud.

“Mr Bah is very helpful and we continue to pray for him and his family for long life,” he added, while also thanking him for the support he has continued to give to young people of this country. 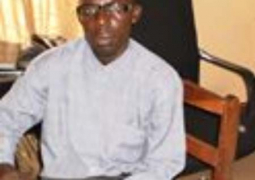 Will Gamtel/Gamcel Regain its Lost Glory?

Heavyweight to Clash in the Cricket League Tomorrow