You may hear someone say, "I don't care whether people like me or not." But whenever you hear anyone say that just put it down as a fact that he is not saying the truth.

The psychologist William James said that one of the deepest drives of human nature is the desire to be appreciated. The longing to be liked, to be held in esteem, to be a sought-after person, is fundamental in us.

A poll was taken among some high-school students on the question, "What do you most desire?" By overwhelming majority the students voted that they wanted to be popular. The same urge is in older people as well. Indeed it is doubtful if anybody ever outlives the desire to be well thought of, to be highly regarded, or to have the affection of his associates.

To be master of the art of popularity, be artless. Strive deliberately after popularity and the chances are you will never attain it. But become one of those rare personalities about whom people say, "He certainly has something," and you can be certain you are on the way to having people like you (the book of positive thinking).

I must warn you, however, that despite your attainments in popularity you will never get everybody to like you. There is a curious quirk in human nature whereby some people just naturally won't like you. Sometimes they have their reasons sometimes they do not. Funny as it is though.

Take for instance: ask your very close friend why he or she does not like the next person, he or she is most likely to come up with an "I don't know, but I don't like him or her" answer.

This occurs to everybody at some point in time in our lives. Have you ever thought of becoming friends with the one you have unreasonably disliked? Come on, do it. It can be fun! Eventually you will come to know the beautiful side of the person and to some extent regret why you ever hated him or her. Life experience has shown me that people make hasty judgment and baseless assumptions about people before they get to know them. The common cliché "I don't care if people like me or not" is just as "I don't care if I am significant in society or not." And who on earth does not want to be significant? Even a child in his or her early stages of life, wants to feel important and acknowledged within the family, play mates, and the society. As a result, to give a child a sense of belonging, do not always shout, yell or belittle the child. This will only lead to the gradual low self-esteem of the child.

In the process of getting people to like you always observe one trick: do not allow their predictions and hasty judgments about you to come to pass.

What do I mean by this?  It's very simple. Take for instance you are out in a group where there is an equal number of people who like you and do not. You have something to share like food or drink. The ones who despise you will obviously think that you will only give out to the other people. But you beat them to it by sharing it amongst them all.

This will gradually soften their hearts towards you. They would begin to see a different person their first impression on you has so blindly veiled. Try this and many other try-outs, (the book of positive thinking) and you will be surprised.

Try this for a week and get back to me again through the Point Newspaper's mail box and tell me how you have managed to win over so many hearts. Good luck with your new assignment!!! 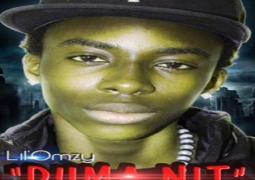