How reforming is our economic reform?

We are alarmed at the fact that our government and, by extension, our economy and nation, is treading on a lame foot.

The poor state of affairs in our economy has been made bare by the Barrow government, as further and clearly explained by the finance minister in signing the $56-million dollar World Bank budgetary support to our nation on Tuesday at the Kairaba Beach Hotel.

We have been given a dire and bleak statistics or report about the economy inherited by the current government, hence they have set themselves  on a course of reform they think would transform the economy of our nation for the better, although they have not really given us a clear and thorough roadmap of the reforms they intend to put in place to get our national economy on a better footing, apart from saying the reforms include reducing net domestic borrowing to 1 per cent, by December 2017 compared to 11% in 2016.

The Barrow Government needs to come up with very sound and redeeming reforms in our national economy.

The country’s macroeconomic developments in 2016 have been impacted considerably by “the economic mismanagement   or fraudulent practices of the previous regime” as well as by external shocks in the same year, as stated by the finance minister.

Although economic growth in 2016 is now estimated to have reached 2.2 per cent, it is markedly lower than the 4.3 per cent growth in 2015. This, the government says, is due to limited availability of foreign exchange, weak agricultural output and the effect of the political impasse on tourism during high season.

We have also been told that with the erratic rainfall during the summer, some 90 per cent of the groundnut cash crop “will be lost according to the pre-harvest report”.

Headline inflation, it has been confirmed, stood at 8.8 per cent in February 2017, well above the Gambia Central Bank’s target of 5 per cent, driven by high food prices and the depreciation of the dalasi against the US dollar.

Net international reserves, it was also disclosed, have fallen to a “precariously low level” of only US$22.3 million in February 2017, which is less than one month of imports cover.

The increasing cost of operational expenditures by the government is also reported to have caused a huge damage to our economy, even as it continues to pose serious challenge for the government.

These expenditures have continued to increase considerably “above government resources, leading to increasing government borrowing, thus generating a debt to GDP ratio of about 120 per cent as at end 2016 compared to 108 per cent in 2015”.

Expenditures on “Interest payments, personnel emoluments, subsidies and transfer and purchase and maintenance of government vehicles, as well as the size of our diplomatic mission, have been going into the stratosphere.

Even though the government has said such a phenomenon is “clearly unsustainable” and is committed to reforms that would return the country to macroeconomic stability and restore the economy, we are yet to see what reforms and prosperous economic game plan they have for our nation.

Such resources as the $56 million given by the World Bank to our government would only serve to mend some problems for some time but not to really solve our poor economic condition as a nation.

The government therefore needs to take up the responsibility of coming up with a clear roadmap of an economic game plan that would redeem our nation from the brink of poverty and hardship.

“There is a need for financial reform along ethical lines that would produce in its turn an economic reform to benefit everyone.” 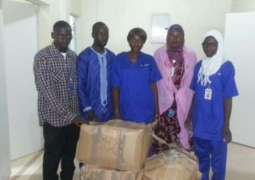