Soon after the 2005 Under-17 World Cup in Peru, one of the best outings any Gambian team had in major competitions, some of the most outstanding players in that tourney in fact moved very close to becoming millionaires and Premiership stars.

Though there were strong rumours about the heights the Gambian players scaled after that tourney, it has just been disclosed in detail how close they came to hitting the jackpot.

Speaking on the sidelines of a press briefing yesterday, Omar Sey, who was the GFA president at the time, revealed that greed on the part of the players’ parents, their clubs and general lack of organisation were responsible for Ebrima Sohna, Momodou Ceesay and Ousman Jallow to misse out on fat contracts, notably with Chelsea.

Also according Omar Sey, the Gambian clubs of the boys too proved greedy by asking for sums and monies unreasonably high under the circumstances.

‘’The players were officially supposed to be Under-17, and that means they cannot straight away make a break into first team contracts.

“The attitudes by all those named, among other things, led to the failure of those potentially lucrative deals, which would even have resulted in the establishment of a Chelsea football academy in The Gambia,’’ Mr Sey moaned. 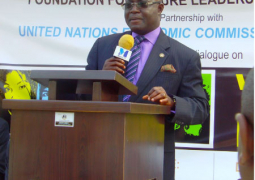