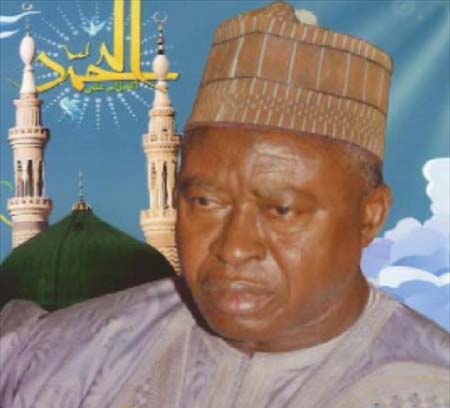 On Monday 19th October, the death was announced of Honorable Alhaji Landing Jallow Sonko, almost a week after he was involved in a road traffic accident on his way from fajr prayers at the Pipeline Mosque on Kairaba Avenue.

His untimely demise came as a shock for many who knew him. Landing was born in Sika in April 1944 and went to school in Essau, the only community with a school in the Niumis at the time.

From Essau he proceeded to Armitage School for his secondary school education and then to Yundum College to become a teacher. After qualifying he served in several schools in the province which included Essau, Albreda and Pakalinding.

It was during one of these postings, at Pakalinding to be precise, that LJ, as he was commonly called by friends, applied to contest the vacant parliamentary seat in Upper Niumi constituency on a PPP ticket in 1972.

He contested and won and from then on it was a different story but always in the service of the people. He rose to become minister in the PPP Government and served in the portfolios of Tourism, Local Government and Lands and finally Health before the change of Government in 1994.

Throughout his stay in Pipeline he had shared the spiritual and social life of a community which he loved and served.

He worked closely with the other community members in addressing the social and spiritual challenges that pipeline and indeed the wider Muslim Community face.

In this respect he played an active role in the affairs of Pipeline Mosque Foundation and in the development and expansion of the pipeline mosque.

Until the time of his death, Alhaji Landing served as chairman of the administrative committee responsible for administrative matters relating to the organization of the annual Gamo, an important event in the calendar of the foundation’s annual activities and an important occasion for mobilizing resources for the foundation’s social and spiritual development programmes.

As a devout and practising Muslim, Alhaji Landing was a regular presence in the Pipeline Mosque where he sometimes led the congregational prayers, especially the fajr prayers. These and similar acts of faith were amply testified on the day of his funeral.

Alhaji Landing was a nice and pleasant person and those who came across him will vividly recall his friendliness and respect for all.

To his family he had always remained a dedicated and loving father and to the community a pillar of support.

For the Pipeline Mosque Foundation, he will be remembered as a pious and dedicated Muslim who fully discharged his responsibilities as a Muslim elder in our community.

We pray that Allah SWT have mercy on him and grant him eternal bliss in Janatul Firdausi. Ameen!

Previous:
Nearly 26M people are infected with HIV/Aids: WHO
Next:
AS THE CELEBRATION ESCALATES THE UNFPA COUNTRY DIRECTOR ANDREA WOJNAR DIAGNE AND UNFPA COUNTRY TEAM PAID A COUTESY CALL ON GAMCOTRAP