As the tourist season enters its low tide, more and more hotels and tourist-related outfits in the country are now introducing new packages in a bid to lure the local customers for patronage.

Holiday Beach Club Hotel, a hotel that never fails in giving all the good things of life to their customers, is currently showing no sign of let-up in providing entertainment in a bigger, better package to their teeming customers. Besides, the hotel caters for small and medium size conferences, seminars and workshops as well as high profile wedding ceremonies and parties.

Speaking in an interview with The Point’s entertainment and tourism writer, the General Manager of the hotel, Mr. Mbye Babou Njie revealed that there are plans for more improvement, upgrading and face-lifting the restaurant and other additional ground within the hotel. Mr Njie explained that the most innovative among the units is the performances of his staff, adding that the hotel too is a simple traditional hospitality facility of a two star rating, situated on the . He said that the hotel have a complex feature of 81 rooms, consisting of superior pool view, sea view, single storey and garden view rooms. "In addition it also has a swimming pool, main bar, beach bar and restaurant," he added.

"Our mission is to provide a simple, but modest Gambian hospitality services of excellence while aiming to make The Gambia a tourist haven destination."

Touching on this year's tourist season, which General Manager Njie maintained has not been a lucrative one, was only possible thanks a tourist operator that used to bring two flights of tourist weekly and share them among the hotels.

According to him, his hotel occupancirate was between 75-80 percent, but noted that since late November to date this has dropped to between 50-60 percent. 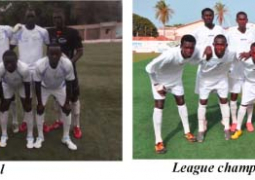 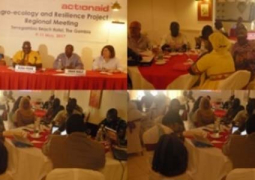