The European Commission in cooperation with the Luxembourg Presidency of the Council of the European Union organised a high-level conference to mark the Ninth EU Anti-Trafficking Day on 20 October 2015.

Commissioner for Migration, Home Affairs and Citizenship, Dimitris Avramopoulos, stated that “the European Commission is committed to continue delivering and ensuring the correct application of EU law. Trafficking in human beings knows no borders and we must follow the profits and the demand that fuel this heinous crime. We must crack down on the criminal networks, ensure victims have access to their rights, and ensure that those who exploit them are the ones punished. And we have both the legal and moral responsibility to do so urgently”.

The conference, entitled “Time for Concrete Action: Implementing the Legal and Policy Framework on Trafficking in Human Beings” was opened by Mr Felix Braz, Minister of Justice of Luxembourg and Commissioner Avramopoulos. It was attended by representatives of EU Member States, Members of the European Parliament, the EU network of National Rapporteurs and/or Equivalent Mechanisms, and representatives from civil society. After more than two years after the expiry of the date for the transposition of the EU Anti-trafficking Directive (April 2013), the conference focused on the need for ensuring full and meaningful implementation of this comprehensive piece of EU law focusing equally on prevention of the phenomenon, protection of victims and prosecution of traffickers.

The studies expand the knowledge base of joint anti-trafficking efforts and have consulted numerous experts and stakeholders in the Member States. Key findings include:

1. Study on high risk groups of trafficking in human beings

The study found that two crucial individual factors - a history of abuse and a vulnerable emotional state - could often be traced back to a dysfunctional family situation, underpinned by material deprivation. Trends identified included that ever younger children are becoming victims of trafficking, growing numbers of girls from Nigeria being the victims of sexual exploitation, an increase in the number of unaccompanied asylum seeking children who are at risk of being trafficked, a growing number of cases of children with cognitive and developmental disabilities being victims of trafficking, and a growing share of boys for both sexual and labour exploitation. Furthermore, the study notes that child victims of sexual exploitation can end up being exploited as adults in the prostitution sector. Additionally, the study calls for more focus on addressing demand that fuels child trafficking in all its forms. Finally the study concludes with recommendations for authorities at national and European level.

2. Study on prevention initiatives on trafficking in human beings

The study examined 43 prevention initiatives, of which a share of 40% concerned actions in Romania, Bulgaria and Hungary. The vast majority (ca. 85 %) of the given sample, targeted information and awareness raising measures followed by capacity building and research and education programmes. Among the key findings of the study is that there is no go-standard for assessing the impact of prevention actions but rather a comprehensive and contextual approach should be followed. The study found that more can be done on research and education that addresses the link between the organised crime dimension of trafficking in human beings and the supply/demand dynamics, as well as the training of police officers, judges and prosecutors with regard to capacity building initiatives. The study further demonstrates that a needs assessment, prior to project design, is key and provides a model for designing prevention initiatives using the tool of Project Cycle Management. Finally the study provides a set of questions to be addressed when deciding to allocate funding for prevention initiatives.

3. Study on case-law on trafficking for the purpose of labour exploitation

Aim of this study was to identify case law relating to trafficking in human beings for the purpose of labour exploitation in Member States and analyse Member State practice with respect to prosecution of this crime. The case-law analysis also provides an indication of how national legislation transposing Directive 2011/36/EU is applied, without prejudice to the Commission’s work on monitoring the transposition of the Directive. While the official reference period for the study is 2009-2013, some cases from 2014 and January 2015 are also considered. Key observations highlight the diversity of practice among the Member States, and stress the challenges in prosecution, among others on securing evidence, lack of sufficient protection measures. Additionally, the study touches upon the availability and use of resources (training to staff, size of staff, equipment, data collection), as well as the role of labour inspectors. Additionally, in cooperation with the Fundamental Rights Agency, a translation in all official EU languages of the Handbook on Guardianship was released. Furthermore, a Report on Guardianship systems across the EU has also been launched. 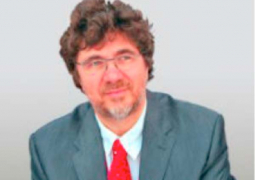