The Special Criminal Court in Banjul is set to rule on the appeal case filed by Lawyer L.K Mboge, after the final arguments made by both parties yesterday.

Mboge was sentenced by the lower court in to two-year imprisonment, after he was convicted on charges of making false documents and false swearing, among others.

When the case was called, the Deputy Director of the Public Prosecutions, S.H. Barkun, told the court they were supporting the sentence of the lower court and that the discretion of the magistrate was limited as he could not impose a fine on the appellant.

He added that the criminal code does not provide for the magistrate to impose a fine, further stating that this court could only exercise its discretion as requested by the appellant.

Where there was a miscarriage of justice, he added, it was his submission that the sentence was preceded by the findings of fact, and that they relied on those facts.

He argued that the appeal court has no jurisdiction to review the sentence and impose a fine, except where there was a miscarriage of justice.

In response, the defence counsel, Ida Drammeh, said with regard to the issue at hand, the magistrate did not take into account the provisions of the criminal code.

She said it was found that the appellant was only trying to give legal assistance to his client, and did not benefit from this legal provision, arguing that the discretion of the magistrate was very excessive, and not properly in order in sentencing the appellant.

Counsel stressed that the sentence was excessive, and urged the court to review the sentence and impose a fine.

Justice Nkea then adjourned the case till 23 March 2012, for ruling. 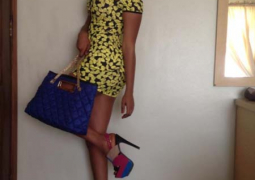