Justice Oledi Uko Unduma of the Banjul High Court on 18 May 2017, struck out an appeal filed by the state counsel, M. Koita, against the judgement delivered on 4 July 2016, in favour of Almamy Ceesay, Lamin Jallow, Maimuna Touray and Gibriel Jatta, former employees of Kombo Beach Hotel, who were dismissed.

Magistrate Abeke of the Kanifing Magistrates’ Court made the judgement.

Almamy Ceesay, Lamin Jallow, Maimuna Touray and Gibriel Jatta were arraigned before the Kanifing Magistrates’ Court on two counts of conspiracy and stealing by the clerk. They denied any wrongdoing.

The state counsel, M. Koita, told the High Court that the state had gone through the appeal before the court and had decided not to proceed.

As a result, Shiekh Tijan Hydara, who was representing Almamy Ceesay, Lamin Jallow, Maimuna Touray and Gibriel Jatta, said he was not opposing the withdrawal of the case.

In his judgememt on 4 July 2016, Magistrate Abeke of the Kanifing Magistrates’ Court told the court that the court could not believe the witnesses of the prosecution.

He further stated that the evidence of Amie Conteh-Darboe, the Personnel Manager, was fabricated.

He posited that the prosecution had woefully failed to prove the case beyond a reasonable doubt.

He said in his defence, Almamy Ceesay told the court that he was not present when the alleged theft took place.

He posited that Lamin Jallow totally exonerated himself from the allegation in his evidence.

He further adduced that Maimuna Touray testified that she was employed by the Kombo Beach Hotel since 1990, about 24 years, at the time she was served with a dismissal letter on 4 December 2014, and signed by Amie Conteh-Darboe.

Magistrate Abeke stated that Gibriel Jatta also testified that he was employed by the Kombo Beach Hotel since 1990 about 24 years at the time he was served with a dismissal letter on 4 December 2014, signed by Amie Conteh-Darboe.

He continued stating, the reasons, according to the dismissal letters, was the alleged fraud in the sum of D14,000 for which the accused persons were charged and had been found not guilty.

He said that the law is that where a person is dismissed on an allegation amounting to a criminal offence, that employee must be tried and convicted or found guilty by a court of competent jurisdiction before the employer could rely on such facts to dismiss the employee involved.

Accordingly, he discharged and acquitted the accused persons.

He then ordered that Sergeant Kairaba Fatty, the fourth prosecution witness, who was then at the Kuto Police Station, return D1,400 he collected from Almamy Ceesay which he claimed he deposited with the Serekunda Police Station, to him forthwith.

He also ordered Kombo Beach Hotel to reinstate the accused persons to their respective jobs forthwith, and pay them all their entitlements from the date of their suspension which was the 18 November 2014, to the present date.

In the event, stated the magistrate, that the Kombo Beach Hotel does not wish to further retain the four accused persons in their employment, he further ordered that the hotel shall forthwith compute and pay to the accused persons all their outstanding arrears of salaries and benefits earned during the period of suspension.

Magistrate Abeke also ordered that the hotel shall compute and pay any retirement benefits the accused persons are entitled to, taking into consideration the length of their respective service and the existing conditions of service applicable to the employment of the accused persons. 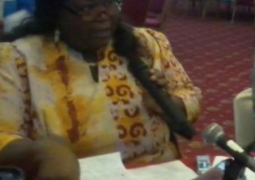