The Gambia Court of Appeal on 2 March 2012 ordered the registrar of the high court of The to expedite the preparation of the record of proceedings concerning the case files of two convicts, Abdoulie Sonko and Sarjo Fofana.

Sarjo Fofana, former navy commander, and Abdoulie Sonko convicted for the attack at the Farafenni army camp, appeared before the court of appeal, in connection with their conviction and sentence by the high court in .

Both cases were adjourned indefinite, after the appeal court made the order.

It would be recalled that the Special Criminal Court last year convicted and sentenced Sarjo Fofana to a 20-year mandatory jail term alongside Lang Tombong Tamba, in connection with the 21 March 2006 abortive coup attempt.

Abdoulie Sonko was also last year convicted and sentenced to death by the high court, in connection with the attack on Farafanni army camp. 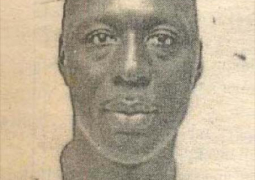