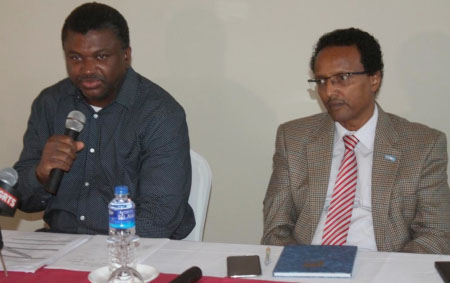 Health minister Dr. Ahmad Lamin Samateh has called on Gambians to remain vigilant and to report any suspected person with the symptoms of the novel coronavirus.

During a press briefing at the residence of World Health Organisation (WHO) representative in Kotu on Wednesday, Dr. Samateh said his ministry is on alert and looking on points of entry, with the support of their WHO partner.

He added that a lot of trainings are ongoing to know more about the virus, how to detect it and protect themselves. He said a health emergency team was launched on Wednesday to put on necessary measures.

“We have started screening at the airport by using a very sensitize camera that easily detects temperature from a far distance. Anyone detected with some of the symptoms will be kept for 14 days and check whether he/she gets the virus.”

The WHO representative, Dr. Desta A Tiruneh, in a presentation explained that the coronavirus is a large family of viruses that cause illness ranging from the common cold to more severe diseases such as Middle East Respiration syndrome (MERS) and Severe Acute Respiration Syndrome (SARS).

“The new coronavirus is a new strain that has not been previously identified in humans. Some transmit easily from person to person, while others do not.”

Among the signs and symptoms, he said is fever, cough, shortness of breath and breathing difficulties, pneumonia, severe acute respiration syndrome and kidney failure and even death.

He continued to indicate the current situation of the virus on 3rd February globally is 17391 confirmed cases and 2838 are new.

What WHO is doing about the epidemic, he replied that they have developed protocol for investigation of early cases; regular contact with member states where cases have been reported and informing other countries on the situation, and more.

In the claim that boiled garlic can cure the virus, he replied in the negative, saying there is no medicine for the virus. 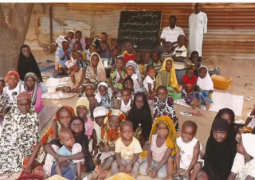