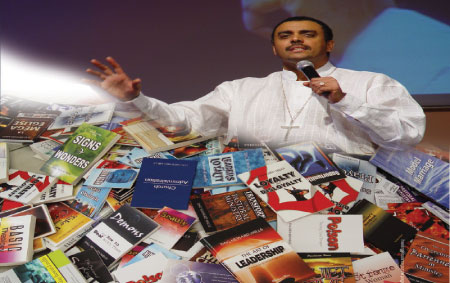 The healing campaign that is out to meet the spiritual and physical needs of The Gambia starts on Sunday 8 July at the Independence Stadium in Bakau.

Called the Healing Jesus Campaign, under the leadership and evangelical mission of Evangelist Dag Heward-Mills from Ghana, the four-day crusade (8 – 11 July) will be held in The Gambia  by the Healing Jesus Campaign of Lighthouse Ministries  International in collaboration with the Gambia Christian Council,  the Evangelical Fellowship and the Pentecostal Fellowship of The Gambia.

The campaign comprises an evangelical mission of preaching the Word of God and healing people with various ailments, a free medical outreach, and a Conference for Ministers of God including pastors and church leaders.

The aim of the campaign is to also bring people of different faiths and religions together, strengthen the unity of the church and the people of The Gambia, as well as help the government in terms of health, says Pastor Peter Melomey, campaign director of Healing Jesus Campaign, at a press briefing held yesterday at GAFNA conference hall on Berting Harding Highway.

“We are trusting God that through this healing campaign by Evangelist Dag Heward-Mills, the lame would walk, the blind see, the dumb speak, and the deaf ear,” Pastor Melomey said, adding that people with different ailments and problems who would attend the Dag Heward-Mills campaign at the Independence Stadium would be healed and get their problems solved through the mighty power of God.

The evangelical mission of the healing campaign will start at the Independence Stadium on Sunday 8 July at 6pm each day, and the free medical outreach starts on Monday 9 July from 10am to 4pm each day. The Ministers’ Conference, which will be held at Abiding Word Ministry, starts on Monday 7am each day till Wednesday 11 July.

The Healing Jesus Campaign is a non-denominational, evangelistic and healing crusade/programme that is organised from town to town, country to country in collaboration with local Christian community groupings such as local associations of churches/church groups, ministerial / pastoral groups, Pentecostal and charismatic fellowships  and any Christian organisation with the aim of spreading the gospel of Jesus Christ.

It is a ministry founded by Evangelist Dag Heward-Mills, who is a medical doctor by profession and founder and presiding Bishop of the Lighthouse Chapel International Churches.

He oversees this charismatic organisation that operates in more than 64 countries in Africa, Europe, and North America, with over 800 churches worldwide.

Evangelist Heward-Mills is a founder of many international service-oriented and knowledge-imparting institutions which include Healing Jesus Crusade, International Bible School, Iron Sharpeneth Iron International conferences and International Ministerial Organisation which provides ordination, consecration, accreditation and recognition for ministers across the world.

He is also an internationally recognised and prolific writer with over 70 books to his credit, originally in English. His books have been translated into French, Spanish, Portuguese, German, Korean, Russian and Aramaic.

All the people of The Gambia, regardless of religious background, language or tribe and age, are invited to this wonderful healing campaign, which is out to do wonders in The Gambia, said Pastor Ebo Ankrah, a campaign director of the four-day crusade. 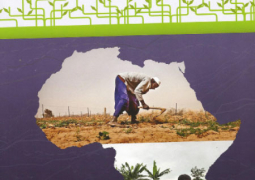 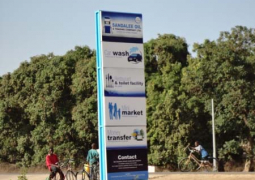 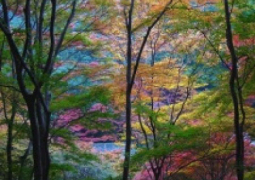