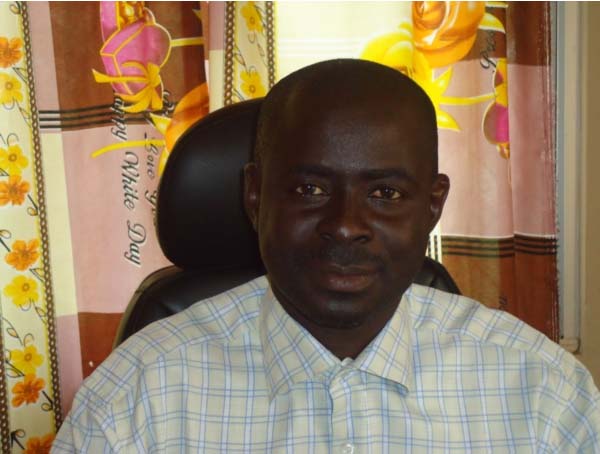 The head of seed programme at the National Agricultural Research Institute (NARI), Morro Manga, has said quality seeds are the most vital inputs for sustainable increase in crop production.

He spoke on the significance attached to quality seeds, which alone is known to account for at least 10-15 per cent increase in productivity.

Mr Manga was speaking recently at the end of a four-day training of breeder and seed technologies on variety cataloguing in the implementation of the harmonised regional seed policy.

The training, funded by the West African Seed Program and CILSS, was to support ECOWAS, UEMOA and CILLS states to update their national catalogue of plant species and variety in the format agreed regionally and in the strict compliance with the provision of harmonised regional seed regulation on the basis of DUS and VCU, a tests, and the use of IT Data management.

He described seeds as the most vital inputs for sustainable increase in crop production, because the quantitative availability of quality seeds of improved cultivars is considered crucial for realizing productivity and adoption of cultivars in different agro-climatic conditions.

He also stated that the seed sector in The Gambia is dominated by informal supply systems with farm-saved seeds accounting for approximately over 80 per cent of planted seeds for most crops, particularly rice improving smallholder farmers’ access to new high yielding, varieties, and hybrid crops require better coordinated seed value chain activities such as production, processing, distribution and marketing systems.

For this reason, he added, the government attaches high priority to sustainable agricultural development in the wider context of strengthening growth, especially the rural economy.

He said the realization of this strategic goal is being frustrated by the lack of large-scale planning of good quality seeds of improved crop cultivars, as farmers-saved seeds remain the principal source of seeds for most crops, especially the field crop (grain legume, oilseeds and cereals).

Manga further stated that The Gambia could therefore fast-track her national seed system development process by learning on the expertise, experiences and transfer of technologies of countries such as India with great advances in agricultural development and a global reference in crop seed sector development.

He thanked CILSS and WASP for providing technical and financial support in conducting this important training in the quest to build a sustainable seed system for The Gambia.

According to Mr Manga, the goal of West Africa Seed Program is to expand both the production and supply of quality improved seeds from 12 per cent the current rate, to 25 per cent over the five years of the program.

He outlined NARI commitment for their steadfastness in their quest to ensuring quality delivering in system as enshrined in the national seed policy and the ECOWAS harmonized seed regulation.

Mr Manga also said the Gambia government recognised the fundamental importance of agriculture for achieving food security and improving the well-being of the population.

The proper use of quality seeds of adapted and improved varieties is a prerequisite in enhancing quality crop production in the country, he said.

He said that most variety development activity evolved more in the rice sub-sector, which was because of the introduction of double cropping in irrigated rice.

Mr Manga also mentioned that the variety released use to mainly be the responsibility of researchers through annual agricultural research review meeting.

He said the researchers’ present result of variety testing in these meeting and superior improved varieties that have been found to maintain their multiplication over time across recommended for release and adaption.

These efforts led to the generation of good groundnut, maize, and rice varieties.

According to the head of seed program at NARI, an unlegislated national seed policy which caters for the establishment of a national council to advise government on all seed-related issues, is now in place.

He added that effort to legislate the policy is progressing, noting that the harmonization of rules governing seed production, registration activities, seed import/export and variety cataloguing have been harmonised for the countries in ECOWAS region and these would be adapted.