Former Montreal FC prolific striker and the Scorpions hitman Pa Amadou Gai and Alagie Bah each netted one to guide Bakau United to a bitterly 2-1 win over Sea View in a typical Bakau derby, at the Serrekunda East Mini-stadium on Saturday.

Bakau United got-off to a winning start to the league after enjoying a deserved 2-1 victory over Hawks, who registered their first win after beating Real De Banjul 1-nil in all typical Capital city derby, at the Serrekunda West Mini-stadium on Saturday, courtesy of Mustapha Jatta’s strike.

But since then, Coach Kebba Touray has struggled to snatch any victory in seven league matches which saw them drop to 10 position on the 12 club championship league table on six points, but their win against neigbours Sea View has seen them climbed on 4th place one point behind Steve Biko who were playing against GPA, at the time of filing this report yesterday at the Box Bar Mini-stadium.

Hawks earlier on Saturday beat Real De Banjul 1-nil to move from the bottom of the table on six points, while Brikama United who are also taking on Samger are at the time of going to press were replacing Hawks at the bottom of the table, with only four points in seven matches which saw them sacked Coach Lang Kah, who failed to achieve the desired results after a string of poor results.

Interior side led by Ebrima Manneh conceded their first victory in as many games following draws and only one victory which came against Hawks, whom they entertained to a bitterly 2-1 defeat last weekend at the Serrekunda East Mini-stadium.

Ebrima Manneh’s men were sitting on 4th place with 8 points, but have now dropped at the middle of the table at least going into the next weekend’s encounter when they meet Steve Biko in week eight fixtures.

Armed Forces secured their first win since their embarrassing 2-1 defeat to the Jeaunesse Sportive De Bakylie of Algeria and their second since the commencement of the league in what could be described as a dismal start to the campaign with only six points out of possible six matches settling at six position.

The Khaki boys so far collected 9 points, which has seen them moved up in the table.

Pointsport will bring you the league table in tomorrow's edition. 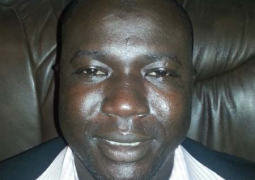