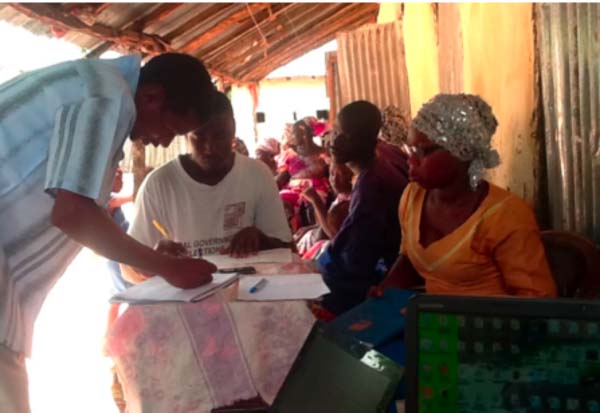 Speaking at the meeting, Pa Sorry Jallow, board chairperson of the association spoke at length on the importance of forming an association, saying that an association brings unity in the family, community and even in the country.

He hailed GYIN-Gambia for the tremendous support they are rendering to youth organizations, adding that youths are the backbone of any developing nation.

Mr Jallow went on to say that for the women and youths in the village to come together, share ideas and experiences by forming an association was commendable.

He also commended the government for creating the enabling environment for the successful operations of NGOs, CSOs and other international and national organisations to operate fully in the country.

According to Njie, it was during a global youth workshop in Cartagena, Colombia, in November 2010, that a representative of Phelps Stokes and the International Fund for Agricultural Development discussed the idea of how best to create opportunities to connect rural poor young women and men in African and Afro-descendants in Latin America to learn, share and exchange experiences, innovations, ideas and so on in a more spontaneous and frequent manner.

According to him, the Global Youth Innovation Workshop fair was held from 10-13 October 2011 at the Palais des Congress in Cotonou, Benin, to launch the network which attracted 66 young people.

GYIN-Gambia, Njie explained, aims to contribute to the reduction of poverty among poor rural youths in The Gambia through exposure to opportunities and business prospects, innovation, and knowledge on replicable youth successful models in income generation, and to enable them create and engage in sustainable small-scale agri-businesses and entrepreneurship.

Abdou Rahman Sallah, GYIN-Gambia programme officer, said that the network is a charitable organization and non-political or religious in its efforts to provide opportunities to develop and improve the lives of the many young people in the country.

Mr Sallah added that GYIN-Gambia is to promote and support rural underserved youths in the area of agriculture and small-scale agri-business, noting that membership is open to any young man or woman in the country who is interested, and is within the age limit of 18 to 35 years.

Other members of Nyofelleh Tabokoto Development Association spoke at the meeting, emphasizing on the importance of unity among themselves as an association.

The meeting witnessed important and interesting presentations on the importance of organizational registration, networking and partnership, the role of NGOs, CSOs, CBOs and organizational management.

Coping with the Global Crisis