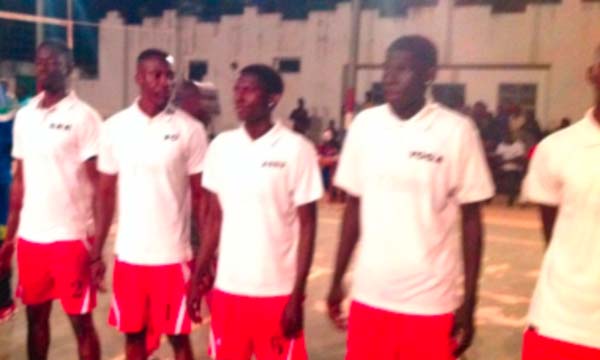 Defending champions Jeshwang issued a statement of intent at the opening of the 2015 volleyball national league, when they defeated Gambia Fire and Rescue Services 3-0 (25-16, 21-15, 25-21) at the fire service grounds on Friday.

Old Jeshwang without the services of some of their players, who are currently preparing for the All African Games indoor men qualifiers in Cape Verde, made a bright start for the season that is expected to be attractive.

The resilience of the young players coupled with great passion overcame the host. Coach Musa Darbo would want more of that impressive performance, if he should ponder defending the title at the expense of GAF, Gamtel/Gamcel and Interior

On Saturday in the women’s league, the GAF women’s team defeated the new comers Prisons 3-0 (25-15, 25-7, 25-23) at the Serrekunda East grounds. It was an impressive display of pride and passion for the Prisons girls, after they won 23 points against a side that always threatens.

GAF rediscovered their old passion, swagger and confidence, and the introduction of Mariatou Gitteh gave the soldiers breathing space, and after 1hr 5minutes of display when the first 3 points for the khaki ladies was confirmed.

The telecoms giants took early control of the game, with a 25-10 lead after Brikama faltered on the back court defence. Sanu Secka, Ebrima Ceesay and Assan Jassey didn’t only show their attacking prowess, but were vital on net defence. The home advantage coupled with coach Pa Baboucarr Barrow’s experience was suspended by a Gamtel/Gamcel side that has the nation’s number one attacker in Sanu Secka.