Gunjur came from one nil down to beat Banjul 2-1 in a tightly-contested final game played at the Independence Stadium in Bakau, on Friday 28 October 2016, to clinch their first-ever Super Nawettan crown.

Striker Malang Jassey alias Uncle netted the winner for Gunjur in the 77th minute of the game from the penalty spot after Banjul’s centre-back Modou Lamin B.S. Touray downed winger wizard Lamin Jallow Sako inside the eighteen to inspire Gunjur to their first-ever Super Nawettan crown since the inception of the tournament in 1992, by Gambia Football Association.

As result of the team’s excellent performance in the country’s community biggest football festivity, Gunjurians in the diaspora organised themselves and raised some cash for the team after clinching the Super Nawettan trophy for the first time in their history. 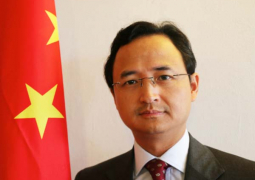