Magistrate Abeke of the Kanifing Magistrates’ Court on 28 June 2016 said he would deliver judgment today, in the case involving Almami Ceesay, Lamin Jallow, Maimuna Touray and Gibril Jatta, who were charged with stealing by clerk or servant.

He made this statement following the testimony of Gibril Jatta.

In his testimony, Gibril Jatta told the court that he lives at Latrikunda Yiringanya and is a hotel worker, further stating that he knows the other accused persons, who are his colleagues.

He said he was on permanent afternoon on Thursday 14 November 2014.

He was about to close around mighnight and the assistant F&B manager, Fama Sanneh, asked him to come to work the following day which fell on a Friday, because the supervisor who was in the morning shift would be off duty.

Mr Jatta narrated that on 14 November 2014, he worked until 4 p.m. and took his report book to the office.

He met the F&B manager, Amba Barry, who asked him whether he was aware that some white men came to the hotel and ate.

He told him that he did not see them and was not aware, adding that he saw them for the past few days.

He further told Amba Barry that he knew nothing about the matter, and was just coming in the morning shift.

After that, he was told to go home, and on the following day, which fell on 17 or 18 November 2014, around 11 a.m., the personnel manager called him and asked him to report to the Kotu Police Station.

Mr Jatta told the court that he met the other accused persons there and other staff, as well as guests.

Amie Conteh then presented him to the guests.

“You said you paid for some days to Almami, except one day. On the said day you said you could not see Almami,” Gibril Jatta quoted Amie Conteh as saying.

“We never saw him,” Gibril Jatta quoted the guests.

“To whom did you pay?” Gibril Jatta quoted Amie Conteh.

In response, he said the quests told Amie Conteh that they paid to a cook.

Gibril Jatta further told the court that the police officers then asked him to go home.

After he left the police station, Amie Conteh called him again and told him that there was another allegation by Almami Ceesay against him.

He went back to the police station, where they were told by the CID officers that they would conduct an investigation, and they granted them bail.

Mr Jatta revealed that he was issued with a termination letter after few days, when he went back to the hotel, adding that the letter indicated that the reason for his dismissal was because he was implicated by Almami Ceesay.

During cross-examination, Almami ceesay said he had no questions for Gibril Jatta.

Lamin Jallow and Maimuna Touray also said they had no questions for Gibril Jatta.

The prosecuting officer, Sergeant 544 Jaiteh, rose and asked Gibril Jatta how many of them were on duty on the said Friday, when Almami was not on duty.

Gibril Jatta said they were seven in number, four at the restaurant and three cooks.

Asked whether any guests from Bakotu Hotel took breakfast on that particular Friday, he said he did not see them.

They would know their fate today. 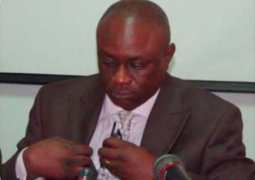