The match is scheduled to take place at the Sanyang playground.

Gunjur it would be recalled finished top spot in group C with 2 points in two games while Banyaka managed to sit 3rd position in group B with 3 points in three games.

The match is crucial in both sides’ ambition of advancing to the semi-finals of the championship.

Sanyang, who are currently occupying top spot in group B with 7 points in three games, will rub shoulders with Tanji in the forth quarterfinal game at the Gunjur Nyamina playground on Sunday.

Tanji, on the other hand, have added vital points to the four points they had already secured having only played three games. 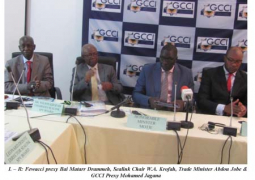