As the 2011-2012 Nawettan season draws nearer across the length and breadth of the country, Gunjur Sports Committee (GSC) is calling on all teams in Gunjur and its environs who want to take part in its 2011-2012 Nawettan championship to register with the committee as soon as possible.

According to the GSC, the registration is open to all teams that took part in last year’s Nawettan as well as new teams that want to take part this year.

All registration fees should be paid to the treasurer of the GSC. 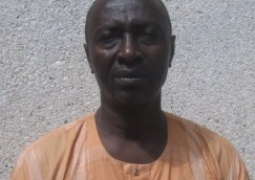