Nick Maurice, the founder of Gunjur Marlborough Link and former director of BUILD, a Commonwealth organisation, has expressed his commitment and willingness to help the new Gambia government to return the country to the Commonwealth of Nations.

Speaking in an interview with this reporter, Nick Maurice said:

“In 2002, I set up a coalition of development agencies called BUILD (Building Understanding though International Links for Development) based on the Gunjur Marlborough Link and its underlying ethos.

“The formation of the coalition was an attempt to globally spread the message of what Gunjur Marlborough Link was doing in order to get many more towns, schools, hospitals, faith-based organisations, local authorities, sports clubs, youth organisations, etc to form global partnerships for mutual learning geared towards bringing peace, prosperity and justice to the world.

“BUILD is a Commonwealth accredited organisation and in that capacity I have attended many of the Commonwealth People’s Forums (CPF) which usually take place prior to the Commonwealth Heads of Government meetings in different parts of the world.

“The CPF is a great forum for representatives of civil societies across the globe to come together to discuss the grassroots issues that they see as fundamental to their wellbeing, be it climate change,  small arms proliferation, drug abuse, lack of access to healthcare, education, transport, etc.  From the CPF, a paper is developed which is presented to the Heads of Government stating those issues that ‘the people of the Commonwealth feel that the Heads of Government should be addressing’.”

Nick Maurice further exhorted Gambians to render full support to the new government under the leadership of Adama Barrow for the attainment of its development goals.

He said:  “I hope that once the dust settled, the Gambian people both in The Gambia and in the US, UK and Europe and indeed globally will get behind the new government under President Barrow and support his expressed desire to do everything possible for the development of the country.

“I am sure President Barrow would be the first to agree that his government cannot succeed in bringing real prosperity to The Gambia all by its own.  We all have a responsibility to support his government in whatever way we can; the international community, including the bilateral and multilateral agencies, has a role to play in the development of the country.” 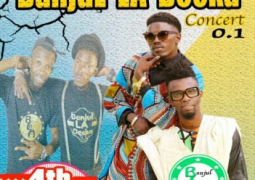