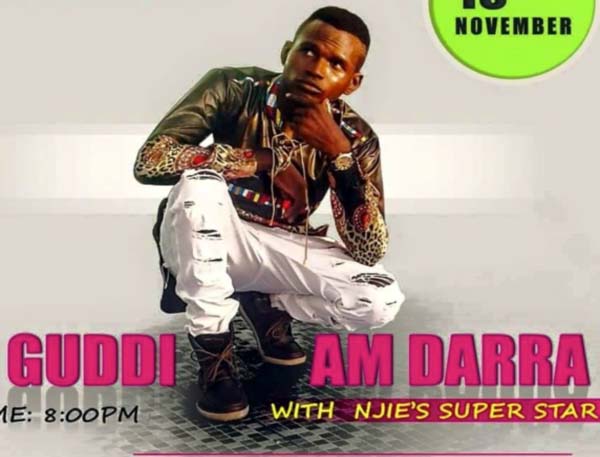 “Am Darra” was a single release by Njie’s dedicated to all Gambian ladies. The “Am Darra” song was produced by Dougie Davies of Watnow production.

Njie’s said that ‘Am Darra’ means so many things in life as it is a familiar word.

He said his management Super Star Entertainment is ready to present a Guddi “Am Darra” on Friday to entertain the fans. “Am Darra” we also have a T-Shirt labeled “Am Darra” he added.

He urged all stakeholders to support Gambian artistes’ events and products for the success of the arts industry.

He advised artistes to stop the push and pull and concentrate on the production of quality music that teaches positivity in the society.

He is also a fashion designer who manages Celebrity design, and usually designs for famous celebrities in The Gambia and beyond.