The National Representative of the Global Unification - The Gambia, Ebrima Dem, has just returned from Italy where he joined thousands of other youth leaders, at the NMC Youth Meeting for Sustainable Future. The meeting which was from 19 to 21 January held in the city of Bari, was themed: "The Future is not over."

It was organised by the Italian government, under the regional government of Apulia, in partnership with UNESCO, Inter-America Bank; UN-Habitat, among others.

Speaking to this reporter at his office in Mosque Road, Serekunda, Dem said the meeting was geared towards strengthening the effective participation of youth leaders in influencing policies on sustainable development. This, he went on, signifies that despite the current challenges to survival as posed by the threat of climate change, gender-based violence, over population, child exploitation, and unemployment, there is still hope for sustainable future for everyone, "if we work closely together."

Commenting on the trend of global change, the GU representative said "the time that the world has left to change course is limited; that the global population has increased at a staggering rate and increasingly concentrating on the urban areas."

According to him, the demand for resources requires supporting the current development model and the waste it produces.

"The increasing divide between those who have the financial means and those who do not," he went on, "is threatening social cohesion within most societies." All of these, Dem noted, were on what the Italy youth confab centered on.

About the role of the young people in this global threatening change, Dem observed that they are the most numerous section of the global population; thus the main stakeholders in sustainable future. Despite this reality, he stated, they are under-represented when it comes to policies being defined and implemented, and their opinions, strengths and suggestions are given only scant attention when decisions are taken in society and within institutions.

About the outcome of the meeting, Dem said it provided him the rare opportunity "to share his ideas and learn new ways of promoting standard livelihood among young people in particular." The forum, he said, was characterised by plenary sessions and capacity building workshops on five thematic areas: Human Safety, Environment, Employment, Education and Citizenship.

At the end of the meeting, he disclosed, the youth participants prepared a declaration calling for urgent action towards the cause of youths worldwide. 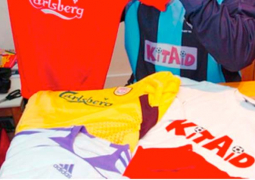