The Gambia Supreme Islamic Council (GSIC) last Thursday concluded a two-day national forum on the theme "Clarification about the unification of the sighting of the moon" at its headquarters along MDI Road in Kanifing.

The national forum drew its participants from different regions of the country.

Speaking at the closing ceremony, Abdul Kadir Fofana pointed out that in fasting, we need to see the moon but in the event that we did not but heard from two or more people who are trustworthy, we should fast. He added that not everybody can see the moon at a time. "We should abide by the decision of the Supreme Islamic Council because they are our leaders", he said while urging all the Imams at the forum to deseminate the information of sighting the moon and to make more sensitisation about it.

Imam Fatty of the State house mosque noted that if the moon is seen at anytime and anywhere, we should fast especially when we heard it from Mecca. He revealed that the Supreme Islamic Council has come out with new recommendations geared towards making the sighting of the moon easy. He called on the general public to empower the Supreme Islamic Council so as to enable the council work effectively.

The closing remarks was delivered by Alhagie Momodou Lamin Touray, President of the Supreme Islamic Council, who commended all stakeholders who in one way or the other contributed to the success of the forum.

He revealed that the rationalism of convening such as symposium was conceived following consultations with various stakeholders during their recent nation-wide tour.

"The council has realised the need to address the issue of sighting of the moon particularly during the month of Ramadan," he noted. 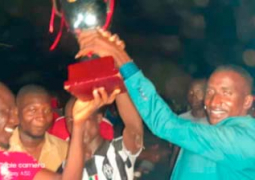 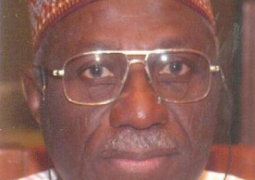