Growing up too quickly in childhood, increasing worrying of parents for early puberty of their children

(Tuesday 8th February 2011 Issue)
Puberty is an unsetting stage in anyone’s life, but if it appears at the age when a child is still playing with her dolls, it can be very worrying indeed.

Dr Hassan AZADEH a Senior Lecturer at the University of the Gambia and Senior Consultant in Obstetrics and Gynaecolgy made this remark recently in an interview with Point following a series of his articles about public health published in national News papers in the Gambia.

Dr Azadah at what age girls and boys start with their puberty?

Puberty, usually occurring during adolescent, is when kids develop physically and emotionally in to young men and women. Usually, this start to happen no earlier than 9-10 for girls and 10-12 years for boys.

Over the centuries there has been a steady decline in the onset age for puberty. In Victorian time, it was about 15 for girl and older for boys; before that, records show that youths of 17 and 18 were often still to bit puberty because their voices had not yet broken.

The generally accepted international standards of normal puberty for girls were set by a study of 200 females in a British orphanage in 1960’s; which established that 12 years six months for girls was the average age at which period began. Similar studies of boys concluded that 14 years was the average age of sexual maturity for them.

Puberty involves huge physical; emotional and hormonal changes as the body prepares for reproduction. There is also rapid growth and weight gain and the appearance of body hair and for many, an unwelcome crop of acne. Girls develop breasts and begin having menstrual periods, boys begin to produce sperms and their voice becomes lower pitched.

So far there is no real agreement among Doctors about whether we are just seeing a continuation of this decline in the average age at which puberty occurs, or whether it is part of a more worrying environmental trend towards children growing up too quickly.

However, most agree that if breasts and pubic hair development happen before age eight or nine in girls, or signs of puberty manifest themselves in boys under ten, it is “abnormal”. However, the onset of singes of puberty before age 7 or 8 in girls and age 9 in boys- can be physically and emotionally difficult for children and can sometimes be the sign of an underlying health problem. There is also evidence that children with early sexual development become sexually active earlier. There are also thoughts whether early childhood could have a knock on effect which makes them susceptible to adult health problem such as cancer and heart disease.

In Briton and in some other European countries it is now more or less established that up to at least one in sex children under ten is affected. In deed; there are some recent studies that show that school girls as young as six are entering already puberty. There are also a few studies from some African and Asian countries reporting similar early childhood development in puberty and early sexual maturity too.
Whatever the cause, growing number of children are being deprived of childhood and are turning, physically into mini-adults at an increasingly, young age. But without the emotional maturity to deal with these changes, they are vulnerable to exploitation.

Dr Azadeh what are the signs of early puberty?

In girls, the commons signs include any of the following before 7 or 8 ages:

In boys, the signs of early puberty before 9 years of age include:

Enlargement of testicles or penis

Similarly, some girls and boys may experience early growth of pubic and/or underarm hair that isn’t associated with early puberty and may require evaluation to rule out “true” early puberty or other health problems.

Going through puberty early can also be difficult for a child emotionally and socially. For example, girls with early puberty may be confused or embarrassed about physical changes such as getting their periods or having enlarged breasts well before any of their friends. But the hardest part may be teasing that children with the condition – especially girls – may experience. Even emotions and behavior may change in children with early puberty; girls can become moody and irritable. Boys can become more aggressive and also develop a sex drive inappropriately for their age.

Dr Azadeh what are the causes of early puberty in girls and boys?

The onset of puberty is normally by the Hypothalamus (the area of the brain that helps control the function of some glands) in particular a gland call pituitary to release hormones that stimulate the ovaries in girls or testicles in boys to make sex hormones.

Sometimes, the early puberty stems from a structural problem in the brain, brain injury due to head trauma, an infection such as meningitis, or a problem in the girls ovaries or thyroid gland that triggers the onset of puberty ahead of schedule – but this is usually isn’t always the case.

In about 5% of boys, early puberty is inherited. Starting puberty early can be passed on the son from the father. But leas than 1% of girls affected by early puberty have inherited the condition.

*More girls experience early puberty which is very much linked with their lifestyle, diet and in particular in girls who are overweight (obese) in their very young age especially in 6 – 9 years old.

*Others attribute largely to improvement nutrition’s, food containing more vitamins, minerals, proteins, fat and other ingredients. But the most harmful are these foods containing hormones such as in chicken, meets and even in some fruits and vegetables growing in some industrial countries.

*An Italian study confirmed that the stress of family breakdown alters the balance of growth hormones and other chemicals in the body, speeding up a child’s physical development. This include the absence of biological fathers which may be is one of the common causes as girls whose fathers had left home started their periods earlier due to the psychological trauma they going trough.

*Early puberty has also been linked to watching too much of TV, movies and playing TV games in very young age. There are evidence that children who watching three hours TV a day produce less of the sleep hormone and the sleepless condition create physical and mental stress as a result children develop a misbalance in their sexual hormones.

I strongly recommend every parent who observes any signs of early puberty and/or any sexual maturity in their children before the age of 7-8 to seek advice from a medical professional. The signs include, in girls early breast development, rapid height growth, menstruation (periods), excessive developing acne, in boys enlargement testicles or penis, changing voice or pubic or underarm hair.

The physical changes boys and girls go through during puberty are usually evidence to a Doctor during an examination. To confirm a diagnosis of early puberty of your child Doctor may order blood and urine tests to detect elevated of sex hormones or possible an x-ray of your child bones too. There might be also necessary for further testing such as scanning can help to role out specific causes of early puberty, such as a growth in the girl’s ovaries, or boy’s testicles. Fortunately all motioned diagnostic facilities are now available at RVTH including MRI scan (magnetic resonance imaging) for affected children to be appropriately diagnosed by specialists.

Dr Azadeh is there any preventative medicine available possibly to prevent the development of early puberty or perhaps even to treat children who are already affected?

Not surprising the drug industries has developed quite a few different drugs for prevention and also for possible treatment of premature puberty. The mean effects of these drugs are to block the early production of growing hormones; but the medical professionals are not happy to admit powerful drugs, normally used to treat cancer, be routinely prescript for young children.

Based on this fact there are some thoughts that possibly by medical definition normal age range for onset of puberty simply be adjusted downwards so that the increasing number of children reaching sexual maturity while still at primary school are not longer viewed as abnormal.

Dr Azadeh what is your own personal opinion about this worrying development in our young girls and boys even here in the Gambia?

As a medical professional and in particular being also professionally Gynaecologist for over 32 years am very familiar with the facts on early puberty and early maturity in young children. I met quite a number of children, also here in the Gambia in my long years of medical practice, in particular girls with similar conditions brought to me by their parents.

As I strongly recommend to should seek medical advice by medical professionals for performing an appropriate diagnosis for underlying health problems and for possible treatments. In particular girls in very young age with an early menstrual period, development of their breasts or suffering from obesity and in boys of rapid height growth, enlargement of their testicles or, and developing early facial hairs.

In the Gambia we and our children are extremely lucky living in an environment without toxic and harmful industrial chemicals which has been so far highlighted indeed as the commonest cause for hormonal changes in very young children. But this does not mean that we also should ignore some other motioned causes such as obesity and the possibility of early pregnancy. Most recent studies in UK (2005) showed 148 girls aged 13 or younger become pregnant from which 62 present were diagnosed as early sexual maturity. We also facing the common teenage pregnancy here in the Gambia either through unwanted pregnancy or marriage of very young girls.

I am certain that the medical professionals here in the Gambia are happy to advice the parents on the normal and abnormal onset of early puberty and early sexual maturity, also to perform the appropriate diagnosis as the diagnostic facilities at RVTH, MRC and some health and medical centers are available. 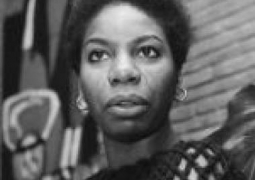 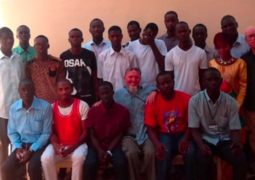