Preparations are in high gear as crew of The Great Men of Staff Theatre are set to celebrate the group’s three years of successful existence and achievements in the theatre industry.

The great festival to commence on Friday 8 July at Gambia High School Hall in , will take the form of a night of laughter featuring live performances by Great Men of Staff Theatre comedians as well as guest artists like Sheikh Faal, Young Survival Dancers, and MLK.

On 15 July at Jokor Garden Club at , the occasion will feature another set of prominent Gambian artists.

Speaking at a press conference organised by the theatre association on Wednesday at Jokor Garden, Milton Kamanda, head of programmes and events of the group, said the cardinal objective of the programme is to celebrate the theatre’s three-year existence and achievements, adding that they plan to feature all Gambian comedians based in The Gambia.

This is to showcase the talents of the comedians, Mr Kamanda noted, saying they would be featuring young and upcoming Gambians in the theatre industry.

The event, he added, is also done to keep the association alive by celebrating success, since the formation of the association they have been working very hard and creating awareness.

“We want to promote young people’s talents in terms of dancing and singing and we are also campaigning for social abuses like drug abuse, which has been one of the key components that the association is focussing on,” Mr Kamanda explained.

“Most of our work is done in schools where we have made major contribution in terms of our activities by covering 20 secondary schools within the grater area.

“One of the major campaigns we are looking at is HIV/ Aids. Last year we had a group of people from who came to The Gambia to see how they can learn from our activities.”

The Great Men of Staff Theatre has a large number of people it has trained in its activities over the years, the programme manager said.

Mr Kamanda thanked all those who have sponsored and supported their current programme in one way or the other, such as Hill Top FM, KWT Radio, Unique FM, Paradise FM, Gampost and Today newspaper.

He therefore called on all and sundry to give a helping hand, by way of rendering financial and moral support, to ’s talented comedians. 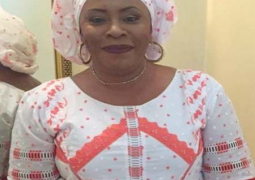