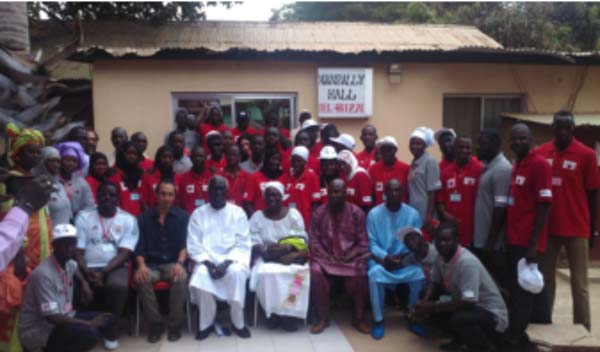 Held at the Baobab Holiday Resort in Kerr Serign, the programme aimed at equipping volunteers and staff of the GRCS to respond to disasters.

Speaking at the opening ceremony, Dr Alieu Gaye, chairperson of the GRCS, said he is confident that the training activity hosted by the Gambia Red Cross “is not a waste” in view of the efforts employed by the volunteers.

He said he is sure that the training course has equipped the volunteers and staff of the Red Cross Society to respond to the needs of disaster-affected people anywhere in the country.

He added that the national disaster response team training session was co-organised by the Gambia Red Cross and International Federation of Red Cross and Red Crescent Societies with funding from the British Red Cross.

The sensitization “is very timely and will further enhance the capacity and efficiency” in terms of service delivery, he noted.

Fatou Gaye, secretary general of the GRCS, said the training course is important, which was why the British Red Cross with the support of the federation financed the training exercise, to build the capacity of the Gambia Red Cross volunteers and staff to be able to respond to disasters in and outside the country.

She said after the training activity, they will continue and have a national response team and eventually will select some of the participants to be on the regional disaster response team, from west and central Africa to other parts of the world, which is the ultimate aim of the training exercise.

Ibrahima Laye Thiome, representative of the Senegalese Red Cross, in his remarks thanked the Gambia Red Cross for facilitating the important training course.

He said the training activity was held to share experiences and build knowledge on various aspects of the Red Cross, including national societies such as the Senegalese Red Cross Society.

Azim Noorani, representative of the British Red Cross, said they were very happy to be supporting such a training activity, as it is important to strengthen the Gambia Red Cross Society’s capacity on technical issues in the area of disaster response.

He also said they hope the training would support the field activities of the federation and Red Cross movement.

Serign Modou Joof from the National Disaster Management Agency (NDMA) said one of the things that moved them as an institution was the subject matter of national disaster response.

He said many a time people would talk about prevention and preparedness and can come out with all preventive strategies or preparedness methodologies, but for this to be applied is a serious matter.

However, it is expected that the knowledge gained from the training course would help them to know how they are going to operate to reach the people, who are the beneficiaries.

He also said the other issue of concern is food security.

He added that the year 2015/2016 is one of serious concern, especially because of late rains.

“Whoever knows Gambia’s rainfall pattern knows that it rains in mid June and ends in October or November, but people are moving to mid-July and nothing is happening,” he said. 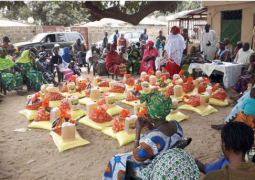 Why on earth should a woman be stripped naked and paraded in streets?