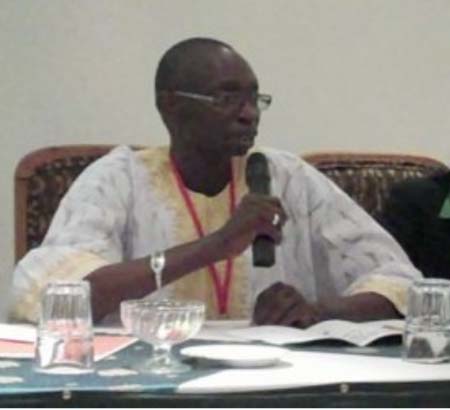 Momodou Joof, Permanent Secretary, Ministry of Tourism and Culture, has said film industry is an essential pillar in a country as it has invaluable contribution to the development of a nation.

The functions of film as a public service could not be relegated to a marginal level in any country, PS Joof said while speaking at the official opening of the Motion Picture Arts Certificate (MPAC) programme.

He said the film industry, as a means of cultural expression, employment, communication, education and promotion, is also understood as the medium with which individuals and nations communicate with one another, perpetuate their ideals and enunciate their values.

In order to guarantee the fundamental human rights of freedom of communication for young people, women and civil society in general, capacity-building is a necessity for the filmmakers to equip them with the skills and techniques of motion picture production for their cultural expression and documentation of the norms, tradition and values, he stated.

Momodou Sanneh, Secretary General of NATCOM, said the project being launched is one of the six projects for which the National Communication for UNESCO had been able to secure funding from UNESCO in Paris under the 2014-2015 participation programme.

Mr Sanneh said the M-PAC (Motion and Picture Arts Certificate), training for young people and women filmmakers in The Gambia is a seminal programme that he hoped would be a precursor to the introduction of filmmaking programmes in tertiary institutions, especially the University of The Gambia.

The project is a pivotal one as it closely relates, but not limited, to one of the competency areas of UNESCO, he said.

It was envisaged that by the closure of this project five short documentaries would be made that would showcase the cultural heritage of The Gambia, he stated.

Mr Sanneh further explained that film industry, as a means of cultural preservation and dissemination, employment, communication, education and promotion of culture is understood as a medium with which individuals and nations communicate with one another, perpetuated their ideas and enunciate their values.