Dallas Texas is the home of the 43rd president of the United States of America, George Walker Bush, America's Team - The Dallas Cowboys and the red hot 2011 NBA Western Conference Champions - The Dallas Mavericks.

It is also the home to over one thousand Gambians. The history of the early Gambians to settle in this great city dates back to the 80's with less than half a dozen families in pursuit of higher education and greener pastures. Through the tireless efforts of these people in their quest for quality and affordable education, Constance Bah aka Cons, a prominent figure in the community discovered Navarro College. Located in the small college town of Corsicana about 55 miles South of Dallas, Navarro College first opened its doors to Gambians in 1988/89 academic year with one Gambian freshman.

Fast forward May 14th 2011, marked yet another joyous day for the community as hundreds of Gambians converged to this small college town for the annual graduation ceremony. For the past decade or so an average of 14 Gambians graduate with an Associate Degree from Navarro College and this year is no different except with the addition of Tyler Junior College.

According to a recent survey conducted by the Gambian Texas Association (GTA), 9 out of every 10 Gambians living in the state of Texas has a college degree or completed some college course work towards a degree program. Today more than 200 Gambians are enrolled in colleges and universities across the State of Texas including but not limited to Navarro College and or Tyler Junior College.

This is evident by the number of Gambians plying their trade with Fortune 500 companies in the Dallas Forth Worth Metroplex, many are key decision makers and hold key positions such as Bank Managers, District Managers, Computer Security engineers, Software developers, Auditors, Accountants, Medical professionals, Attorneys, Civil and Mechanical Engineers and a growing number of individuals are successfully running their own businesses.

As part of the annual graduation day traditional festivities, the day started with a colorful gathering in the morning for the Commencement and Convocation of degrees, followed by the long awaited and much talked about soccer games in the afternoon. The first two games featured Navarro College Gambian students against Tyler Gambian students. Team Navarro capitalized on the late arrival of key players of Team Tyler and easily prevailed on them to secure a place in the finals.

The other game featured the two Dallas Teams, Old Hands or Legends as they preferred to be called (over 30yr olds) and FC Gamtex (Youngsters). This game was described by many as the most interesting and hard fought in part because each team tried to back up all the noise (trash talk) leading to the game; however the game ended in favor of the Youngsters. The Finals ended in overtime with FC Gamtex (Youngsters) beating Team Navarro 2-1.

The 2011 Graduation festivities ended with a reception and party that lasted till the wee hours of the morning. 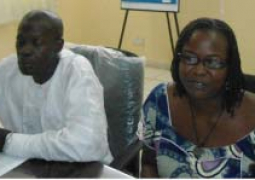