The Brikama Area Council Friday instituted legal action against 72 people within the Brusubi Area for nonsettlement of rates and taxes owed to the council.

The council is claiming the sum of D2,400 (Two Thousand Four Hundred Dalasis) from each person as a result of the non-payment of their rates and taxes at the Brusubi Phase 1, 2 and 3 extensions.

The court, presided over by Magistrate Nkea of the Brikama Magistrates' Court entered judgment in favour of the Brikama Area Council despite the absence of the defendants from the court, which reportedly includes civil servants.

In passing judgment, Magistrate Nkea ordered the defendants to pay the said sum and an additional cost of D225 (Two Hundred and Twenty Five Dalasis) each, making a total sum of D2,625 from each.

Ebrima Jallow, who represented the council, drew the court's attention to the fact that the defendants were all served to appear in court, but to his surprise they deliberately failed to turn up without giving any tangible reason.

Magistrate Nkea then went on to order all the defendants to pay an additional D1,000 for failing to appear in court. 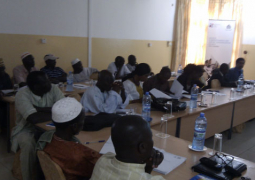