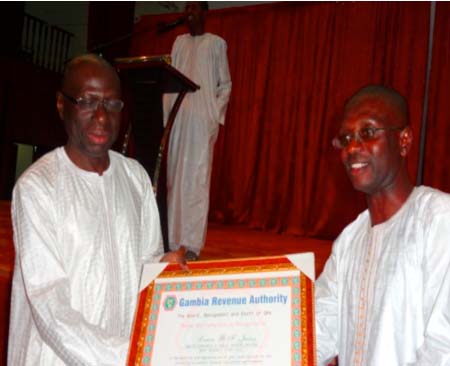 Mamour M. Jagne, board chairman of the Gambia Revenue Authority (GRA), has reminded the staff and management of the GRA of the challenges that lie ahead of them in 2016.

He urged them to tighten up their belts and redouble their efforts and commitment, so as to ensure they prepare to work harder to overcome challenges they would face.

To attain this, he said, GRA must work as a team, as a family with commitment, dedication and sacrifice to attain the institution’s objectives.

Mr Jagne was speaking during the GRA annual recognition of staff awards ceremony held at the Paradise Suites Hotel on Friday.

The GRA chairman, on behalf of the board, advised the Authority to look forward and be prepared to work harder in 2016, as it is envisaged to be “a very challenging year”.

“We have to make a resolution in this annual award forum, that we should do our best to ensure that we meet our targets, our obligation in a transparent way that would satisfy the authority,” the GRA board chairman said.

In this context, he continued, there are certain policy measures they are trying to implement in 2016, such as the strategy plans of the GRA.

Mr Jagne thanked the management and staff of the GRA for the excellent job they did during the past year, adding that 2015 was a historic year for The Gambia because it was the year the nation attained 50 years of independence.

It was also a coincidence that during the year they celebrated the hundredth meeting of the board of directors of the GRA, he said.

According to the GRA chairman, in the context of the history of GRA, they needed to recognise the good work that the founding fathers of the board had done.

He said the institution was created to build the rules, regulations, structures and all the predictable environment and laws that make it necessary to have a good and strong GRA.

He thanked them for being able to celebrate the day, and to award those who contributed to the success of the authority.

“We wish to thank them. We remember them because it is good that we know and recognise those who have contributed to the history of the GRA,” Mr Jagne said.

“They are the founding fathers of GRA and we thank them for the extremely good work that they have done,” he said.

“They have built the foundation, and we must not rest on our laurels. We must try to continue to build on the structure that they have left behind.”

He said the board has its function to carry out, and they must do it in a way that is consistent with government’s policy to promote the objectives of GRA.

However, he added, they would continue to protect the interest of the staff, their future, welfare and progress. 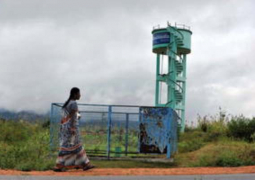